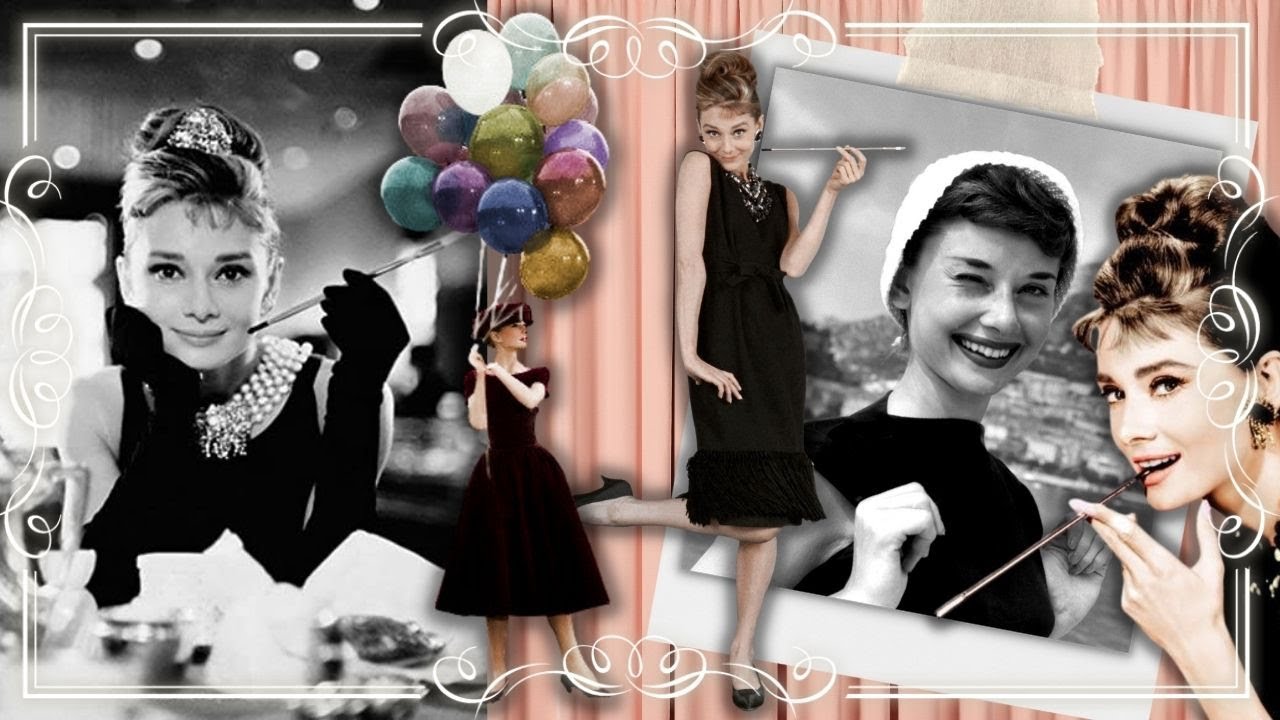 Sponsored by Skillshare
The first 1,000 people to use this link will get a 1 month free trial of Skillshare:

Hello lovelies, today I will be talking about Audrey Hepburn’s life, as well as her diet and beauty routine.
Now, onto her beauty routine and how she managed to look so young; for starters, every good beauty routine is complemented by a great diet. As often as you may hear it, water is a huge part of maintaining a healthy diet, and Audrey would drink tons of it. Especially on her detox days. Now, these weren’t like juice cleanses or anything that would typically be a part of an extreme diet; they were meant to help her reset and recover from jet lag. She would drink intense amounts of water about once a month and eat only fruits, vegetables, and yogurt. She wasn’t strictly a vegetarian, but she didn’t eat meat all that often, and when she did, it was only in small doses. The great thing about her diet is that it was full of potatoes, which many of you may be glad to hear. Her son, Luca, attributes this to her being Dutch and her father being from Ireland.
She emphasized that if your skin wasn’t well taken care of, that usually meant something else was going on, Healthwise. She made sure to get enough fresh air and sleep to keep her skin shining. A rather unconventional approach that she took was using Greek yogurt as a face mask. She would apply it and leave it on for thirty minutes before washing it off. The lactic acid works wonders for exfoliating, while the yogurt helped to moisturize. The yogurt mask combined with oils and moisturizers kept her skin nice and hydrated. She also made sure to remove her makeup every day without fail thoroughly. She used soap and water, though we know how to use such harsh products on our skin.
Speaking of makeup, she was best known for her doe eyes and achieving this was a three-step process. The first was her eyebrows, which she kept full yet feminine. They framed her eyes perfectly, and that was her goal.
The last and most crucial step is eyelashes. Audrey’s makeup artist Alberto De Rossi famously and painstakingly separated each of her eyelashes before and after applying mascara. He did this by taking a safety pin and pulling them apart. Audrey switched to using a lash comb, specifically the Tweezer man folding lash comb. Even so, her makeup artist was incredibly special to her.
Another part of Audrey’s beauty was her scent or, rather, several signature scents. In 1957, she commissioned Givenchy to make her a perfume exclusively for her to wear. He hired perfumer Francis Fabron to make the scent, and he delivered. Givenchy L’Interdit has hints of orange blossom, white poppy, musk and tuberose. Famously, it got its name when Givenchy mentioned selling to the broader public, and Audrey told him that she forbid it. L’Interdit is French for the forbidden. Of course, by the end of the 1960s, the perfume was available in stores, but it is still synonymous with the actress. She also wore the Creed Spring Flower Fragrance, which was designed for her as well. It was made in 1951 and also had musky notes. This fragrance did not hit shelves until 1996, long after Givenchy’s perfume. A third perfume that can still be bought in stores today is Krigler’s English Promenade 19 Perfume, a citrus floral inspired by the Italian Riviera.
Perfumes are not the only beauty items that you can still find in the store. After years on set having her hair styled with heat, it was incredibly damaged. She reached out to hair and scalp specialist Philip Kingsley for some help. He sent her his Elasticizer Pre Shampoo Treatment. She swore that within a few uses, her hair was healthier than it had ever been before. Supposedly she would import jars of it from the US when she moved to Switzerland.
I know I already mentioned her skincare routine before, but I wanted to highlight one product, in particular, the Erno Laszlo Sea Mud Deep Cleansing Bar. Charcoal in colour was meant to purify the skin without stripping it. Audrey swore by this bar and even credited its creator quite a bit. She was once reported saying she owed 50% of her beauty to her mother and the other 50% to Erno. She was not the only one who believed in his work, as he was the dermatologist to many other stars, including Marilyn Monroe.
The last beauty product I wanted to highlight is the Estee Lauder Pure Color Envy Sculpting Lipstick, specifically in the shade eccentric. She said on multiple occasions how much she loved all of their products, but this specific shade may have been what she wore in Breakfast at Tiffany’s. This is not confirmed, though, as it was never revealed. Most people believe it was either this shade or Mocha Pink, but the latter shade has since been discontinued.
Vintage Doll Cosmetics:

This news story originally appeared at Beauty - on 19 May 2022