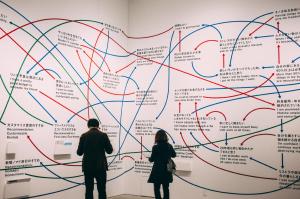 Neo4j – Query on the wall 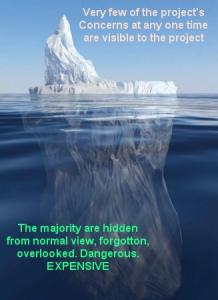 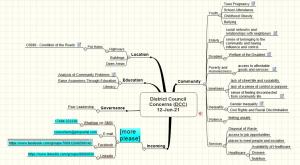 Common concerns of a community near you.

We are scheduling an operational gap of six months for replenishment of exhausted money reserves and will return with a graph data model in the form of Neo4j.

Whenever you find yourself on the side of the majority, it is time to pause and reflect.”

SOUTHMINSTER, ESSEX, UNITED KINGDOM, June 14, 2022 /EINPresswire.com/ — After a sustained three-year attempt at establishing the basis of an expansive network of community centres, TROM Computers is calling a halt to further development for the time being. The initiative started with the establishment of TROM Computers CIC at the beginning of the pandemic in 2019.

The primary reason for pausing is slow adoption by private benefactors and lack of support from UK Government’s Department of Employment and Labour. The project’s commercial model is based on income that comes entirely from donations, and a main component is a target projection of government funding in line with current unemployment benefit payments. The government essentially pays for people to work with TROM Computers while job searching.

As a fundamental principle of the project, the TROM Computers staff are paid in a reward-for-effort model where value generated by the project is distributed among people involved, in direct proportion to their individual contributions. Each person records their contribution as ‘time chunks’ in a web-accessible database where each ‘chunk’ consists of date, duration and narrative of what is done. There is no distinction between grades of staff, and all value generated is distributed, so there is no mechanism in the share scheme for any one individual in the project to become wealthy from the project, but opportunity in the project for many staff to gain significantly more than they would on a minimum wage assignment or from government handout.

“This method of sharing has proven a very difficult concept to understand because it is far from what is ‘normal’ in commercial structures,” says Nishanth Shiraj, web applications specialist, “It is only since I experienced a share out myself that I came to fully understand the concept. You work on the project because you want to, regardless of money reward, and what you get paid varies according to what value is produced overall. We all do this anyway in family situations, so the TROM Computers payment method is simply the same but applied to the commercial settings in social projects.”

A major vision of the TROM Computers project is the harnessing of massive amounts of human capacity built into the many people on low incomes or unemployed. Within the project’s organisation structure, there will be opportunity for participants to apply efforts to the resolution of local and national concerns like homelessness, isolation, antisocial behaviour and poverty. Concerns for which it is abundantly evident that Politicians are unable to solve, except for when additional effort is expended to harness the power of the Community Concerns initiative that is a core element of the TROM Computers project.

A priority target for TROM Computers when it re-emerges with full funding, is to implement the Community Concerns initiative by infiltration of local County Councils and Parish Councils and disrupting their bureaucratic operations. Motivation to join Local Councils is in many cases not by genuine interest in resolving community problems, but by self interest and usually related to personal financial gain. As recorded in TROM Computers history when acquisition of public building for use as local premises was filibustered out of the Burnham Town Council agenda in 2020.

When the TROM Computers project is underway, government policy that sustains a condition of below-poverty-line existence for recipients of social benefits, will be challenged. As an alternative to current policy, benefits recipients will be offered the opportunity to work on the TROM Computers Community Concerns project, utilising their input and at the same time providing them with incentive for self improvement.

“The main lesson we can learn from our largely unsuccessful start-up, is to accept that the money game is played always for personal gain and hardly ever for community development,’ says David Winter, TROM Computers founder, “No politician or local councillor in the current social system is ever going to promote community development unless it involves some kind of personal advantage.”

During the down time of TROM Computers operations, trials will be conducted on a small scale experiment using donations that individuals make in any case for parties considered of worth in community development. An example of these is the Richie Allen radio show that provides a platform for guests whose opinions are often considered unpopular or offensive, but valid nevertheless on the principle that all opinions should be heard and challenged. Richie Allen is a strong proponent of free speech, and plans are in preparation for a ‘share out experiment’ involving his regular donors who will be offered the option to donate via TROM Computers as a showcase of how the method works as a precursor to pressure on government to support the TROM Computers project.

For the global scale of operation envisaged for the TROM Computers project, graphing database technology is the way forward. Graphing technology of choice for the emerging project’s data model is Neo4j – https://neo4j.com

Order Efficiency Ltd is the creator of the Project Health Control (PHC) methodology behind the PHC Consortium, a collaboration of companies and individuals promoting performance improvement for business and individuals.

TROM Computers CIC is the hub of a network for community development through service via the PHC Portal, an interactive online window to information on community based projects. New users register by sending a blank email to [email protected]

Richie Allen is an award winning radio and television presenter and the host of The Richie Allen Show, the most listened to independent radio show in Europe. https://richieallen.co.uk

This news story originally appeared at Beauty - on 26 June 2022