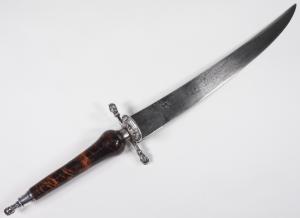 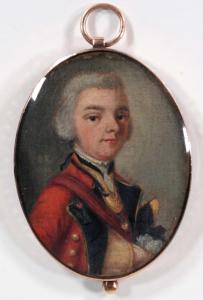 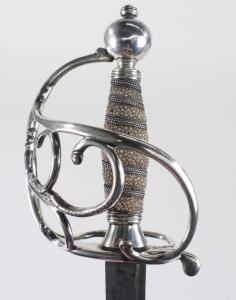 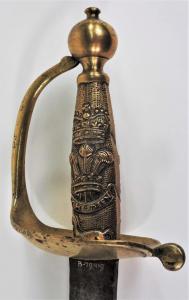 The sale will focus primarily on the French & Indian War, American Revolution, Civil War, World War I and II and modern firearms. Start time is 10 am Eastern.

CRANSTON, RI, UNITED STATES, March 28, 2022 /EINPresswire.com/ — Bruneau & Co.’s spring Historic Arms & Militaria auction, planned for Saturday, April 9th, is loaded with over 300 items focusing on the French & Indian War, the American Revolution, the Civil War, World Wars I and II and modern firearms. Offerings will be ideal for anyone from the beginning collector to advanced collections.

The sale will be held live in the Bruneau & Co. gallery located at 63 Fourth Avenue in Cranston. It will also be hosted on several online bidding platforms. This will be just the third Historic Arms & Militaria auction for the firm, in the newly created Arms & Militaria department headed up by director Joel Bohy, a seasoned veteran of the arms and militaria scene.

“I’m excited we are offering the personal collection of Erik Goldstein, a meticulously curated selection of swords, bayonets, historical artifacts and documents from the early to late 18th century, both Colonial American and British,” Mr. Bohy said. “Erik is a highly respected individual within the militaria the industry and we are thrilled to be handling this material.”

The gun has been published in The Brown Bess: An Identification Guide and Illustrated Study of Britain’s Most Famous Musket, by Mr. Goldstein and Stuart Mowbray; and Of Sorts for Provincials: American Weapons of the French and Indian Wars by Jim Mullins. It was also plated and appeared on the cover of Man at Arms Magazine (February 2021).

A British Royal Welsh Fuziliers Hanger (circa 1750-1760), 30 ¾ inches long, should finish at $8,000-$10,000. The sword has a brass hilt with heart-shaped guard, seamed cast-brass stippled grip with a crown over Prince of Wales three feathers, a banner marked “ICH DIEN, and a slightly curved blade marked on both sides with a fleur-de-lis.

The hanger is a very rare variant with the stippled grip, as pictured in Mr. Goldstein’s book, 18th Century Weapons of the Royal Welsh Fuziliers from Flixton Hall, page 109.

A British silver basket-hilt spadroon by John Carman (England, circa 1755) features a

silver hilt with London sterling hallmarks near the top of the knuckle bow where it meets the pommel, the branches engraved to look like serpents, silver ferrules, a silver wire-wrapped shagreen grip, and a steel blade with two fullers. It should fetch $5,000-$7,000.

This famous sword was featured in the traveling exhibit Clash of Empires, The British, French & Indian War 1754-63, and was on display at the Heinz History Center in Pittsburgh, the Canadian War Museum in Ottawa, and the Smithsonian in Washington, D.C. Numerous portraits of British officers, done in the 1750s, show this type of sword.

A miniature portrait of Lt. Steele of the Royal Welsh Fuzileers (England, circa 1764) is just 2 1/8 inches tall by 1 7/16 inches wide and has a pre-sale estimate of $2,000-$3,000. Conservation photos show the portrait was painted on a playing card. Housed in a gold case, the portrait is signed ‘BK 1764’ and shows Lieutenant Steele in his British uniform.

Parker Steele was commissioned 2nd Lieutenant in the 23rd Royal Welsh Fusiliers at age of 25 in December 1760. He later joined the 29th Regt. in Boston during the late 1760s and was perhaps in town for the Boston Massacre. This portrait was on the cover of Ryan Gale’s book, A Soldier-Like Way, The Material Culture of the British Infantry, 1751-68.

A silver mounted William & Mary plug bayonet (England, circa 1680-1700) is expected to realize $2,000-$3,000. The 12 7/8 inch steel blade attached to the end of a figured burl wood handle features a bust of a helmeted mustachioed man, silver cross guard and a half clam shell with busts of William & Mary on each side and a blade with foliate designs.

Certainly made for a British Officer, this superb weapon uses the finest materials and is mounted on a high-quality blade supplied by one of London’s most prolific cutlers (Giles Lyndessy) dealing in plug bayonets. Since the joint reign of William and Mary began in 1689 and ended in 1694, this bayonet can be dated to that small window of five years.

Internet bidding will be facilitated by LiveAuctioneers.com, Invaluable.com, Bidsquare.com, bidLIVE.Bruneauandco.com and the mobile app “Bruneau & Co.” on iTunes or GooglePlay.

Previews of all the items will be held in the Bruneau & Co. gallery on Thursday and Friday, April 7th and 8th, from 9 am to 4 pm Eastern time. On the day of auction, Saturday, April 9th, the doors will open at 8 am. The auction itself will get underway promptly at 10 am Eastern time. Telephone and absentee bids will be accepted up to (but no later than) Friday, April 8th at 4 pm.

Bruneau & Co. Auctioneers is always accepting quality consignments for future auctions, with commissions as low as zero percent. Now would be a perfect time to clean out your attic. To contact Bruneau & Co. Auctioneers about consigning a single piece or an entire collection, you may send an e-mail to [email protected] Or, you can phone them at 401-533-9980.