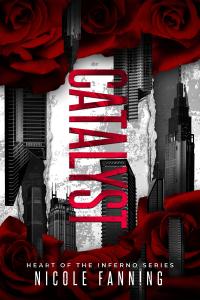 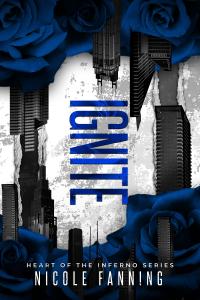 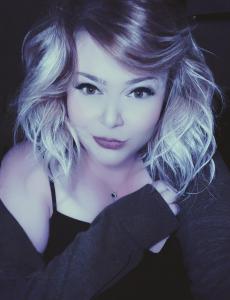 OCALA, FLORIDA, UNITED STATES, March 30, 2022 /EINPresswire.com/ — When Natalie Tyler arrives in Chicago to attend her cousin’s wedding, she is just hoping to survive the week with her estranged family… And her ex-fiancé. One week. One uneventful week at the beautiful Hotel Jefferson, is all she has to endure before she can return to her quiet life in Miami.

However, fate has other plans. A split-second decision, unknowingly puts her in the path of one of the city’s wealthiest bachelors. And one of the deadliest. She finds herself thrust into a world she does not understand. The world of Jaxon Pace. Billionaire. Hotelier. Mafia Boss. In an expansive underworld of crime, violence and deceit, Jaxon is KING. He is heartless, ruthless, and runs the city with an iron fist. The devilishly handsome Jaxon is used to getting what he wants, no matter the cost.

However, Natalie did not come to Chicago for love, and certainly not for an ungrateful, spoiled playboy with a god complex. But soon she begins to wonder if there is more to this mysterious man than meets the eye? Entangled in their fiery romance, and a fleeting hope of happiness, Jaxon sets his sights on the beautiful and charismatic Natalie Tyler. But his enemies have noticed Natalie too. Can Jaxon win Natalie’s heart, before everything goes up in flames?

Their passionate romance will take you on a heart pounding wild ride of suspense, mystery, and chemistry so explosive, it could set the whole city on fire! Catalyst is the first of THREE incendiary installments in the Heart of the Inferno Series. It will have you cheering for true love and gripping your seat, unable to put it down!

“Taking Chick Lit to a new level, Nicole Fanning appears to have as much emphasis on mystery/crime variations as on steamy erotica. Managing to build a cast of credible characters makes her tale of mafia romance surge forward like a steam engine.” _ Grady Harp, Top 100 Amazon Reviewer

“Once in a great while a book comes along that just wows you. It grips you hard by the throat and doesn’t let go, even long after you’ve finished the book. Catalyst by Natalie Fanning is that book.” _ Knotty Girl Reviews

She never expected to fall in love with a mafia don.

He never expected to fall in love at all.

But will their love be enough?

This bullet was meant for the only girl who stole his heart, the beautiful Natalie Tyler, a simple nurse from Miami.

Overwhelmed by the horrors she witnessed in Chicago, Natalie chose to return home, leaving the broken and broken-hearted Jaxon Pace to recover on his own.

A month after her visit, Natalie’s heart still belongs to Jaxon…And you better believe The Don Supreme is coming to collect HIS woman.

But when he arrives, he learns that Natalie has a little surprise for him: She is pregnant.

However, his enemies will give the happy couple no reprieve.

They are the leaders of Chicago’s newest twisted mafia clan, the Two-Headed Dragon.

The Two-Headed Dragon has one goal: the complete destruction of the Pace Family Mafia.

If successful, they will destroy the entire mafia hierarchy that has guided Chicago’s underworld for a century, sending the city into complete chaos.

Will Natalie & Jaxon’s love be enough to defeat the dangers of the present…and the demons of the past?

Filled with exhilarating highs, steamy romance, and heart-pounding suspense, “Ignite” picks up where “Catalyst” left off, and joins our favorite mafia couple as they fight for each other in a world filled with deceit, depravity, and unspeakable darkness

She is an old school romantic, with a proclivity for a little mischief, and an obsession with Sir Arthur Conan Doyle.

Nicole is the author of the Heart of the Inferno Series, which follows the story of a dangerous mafia don and the girl who became his only exception. More information can be found about her at: https://nherownwords.com/about-me

We look forward to the coverage!