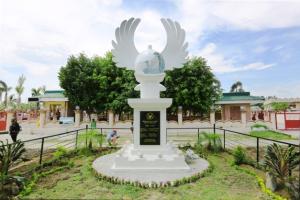 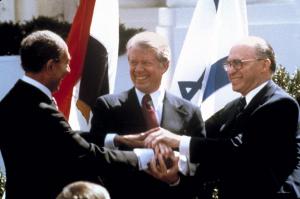 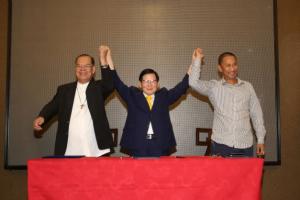 ATLANTA, GEORGIA, UNITED STATES, July 13, 2022 /EINPresswire.com/ — Due to the recent war, one-third of Ukrainians have been forced to flee their homes. More than 8 million people have fled the country, which amounts to the fastest-growing refugee crisis in Europe since World War II.

The war has affected not only those in the respective countries but also numerous other parts of the global community. The world is now questioning how to resolve not only the Russo-Ukrainian War conflict but all wars that are causing devastating casualties.

Among various efforts and attempts for peace, peace agreements have been used as one method to resolve conflicts. There are two modern-day examples of peace agreements that have taken positive effects on conflict resolution.

■ Peace achieved by a prepared meeting among world leaders, the Camp David Accords

The 39th president of the United States, founder of the Carter Center, recipient of the Nobel Peace Prize, and Governor of Georgia, Jimmy Carter led a peace agreement that continues to exert strong influence today.

To realize a peace treaty between Egypt and Israel, Carter invited Egypt’s President Anwar el-Sadat and Israel’s Prime Minister Menachem Begin to a summit at the Camp David Accords for nearly two weeks. President Carter also took Sadat and Begin to the site of the Battle of Gettysburg as an implicit warning about what could happen should negotiations fail.

Leaders of Egypt and Israel began to reflect suggestions from Carter and eventually signed the Camp David Accords (September 17, 1978) to put an official end to the belligerency that existed between the two countries. This provided a foundation for an agreement to be made subsequently.

In the following year, on March 26, 1979, Egypt and Israel finally made an official peace treaty, the first such treaty between Israel and any of its Arab neighbors. The treaty made a splendid achievement of providing peaceful resolutions to several issues, starting from the removal of troops from their border to the guarantee of rights of mobility and autonomy. “Let history record that deep and ancient antagonism can be settled without bloodshed and without staggering waste of precious lives,” Carter proclaimed.

■ Peace Achieved by an NGO and citizens, the Mindanao Peace Treaty

In more recent years, UN-affiliated NGO Heavenly Culture, World Peace, Restoration of Light (HWPL) has been gradually removing the sources of conflict through peace projects centered on partnerships with the civil society in the southern Philippines.

Subsequently, on January 24, 2014, an international peace NGO HWPL offered local representatives, including political and religious leaders, to sign a peace agreement for the 40-year conflict in Mindanao, Philippines. The two leaders representing local Islam and Catholicism and Chairman Man Hee Lee of HWPL jointly signed the peace agreement, and after the agreement was made, HWPL and the local citizens began to work collaboratively in various ways for sustainable peace.

In August that same year, approximately 12,000 residents in Mindanao participated in a Peace Walk held for world peace and cessation of war. On May 25 of the following year, commemorating the anniversary of HWPL’s Declaration of World Peace, the city established an ‘HWPL Peace Monument’.

As such, through the Camp David Accords led by former president Carter and the Mindanao peace agreement made through HWPL’s mediation, society has witnessed how peace is possible when people’s hearts are gathered. HWPL will continue with its peace projects central to civil society — the educational and religious circles, as well as the youths and women — to eliminate sources of conflict and strengthen core values for the development of peace.

A Closer Look: The True Story of Peace of Man Hee Lee