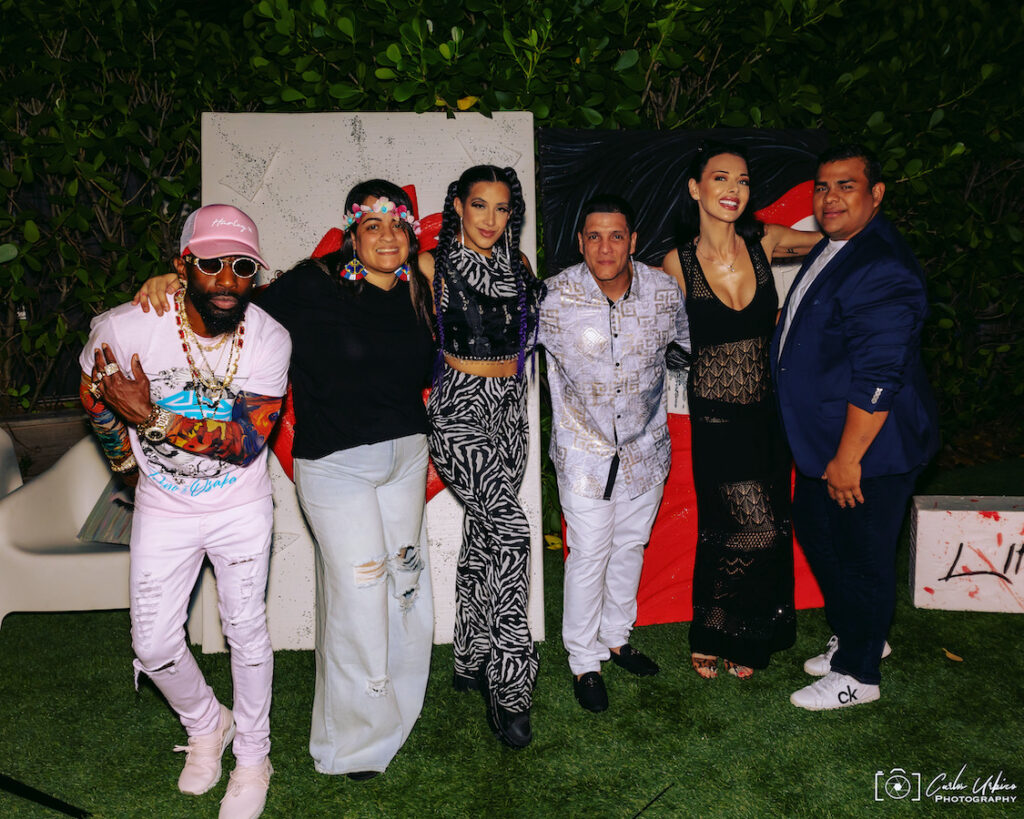 Meliza Ruby, AKA By MelRub, a Dominican-American Multidisciplinary Artist curating live and moving art pieces, collaborated with 27 other female artists to celebrate Women’s History Month for the Spring 2022 Art Show, ”OUTLINES & Highlights,” launched in partnership with Art Gall Expo and Multitude Entertainment. Ranging from visuals, sculptors, digital creators, muralists, music, and crafters, these powerhouse females showcased their visual work and live interactive pieces in a large open space using booths. Supporting the arts, Meliza’s solo exhibit featured her latest collection “Nature Galls & Ruby’s Story,” nostalgically following her time in NYC in 2009 through walks along Central Park. Diversity was at the core, with artists being chosen by varying types of style, all from South Florida or Latin background.

Meliza Rub says, “We are feminists that breathe art on a daily basis and one of these forms is body art, including Moving Pieces by Mel Rub (exhibition). The Bodypainting Competition awarded first place to Stellar Body Paint, second place to Sabrina la Bruja and Third Place to Icy Dripz. We had Art on Canvas, Wood, Skin and small sculptures and accessories all in one space.”

The event was held at The Butcher Shop at 209 6th Street on March 19th 2022 from 7-10pm, an old fashioned butcher shop / beer garden in West Palm Beach, where all of the artists hail from. Celebrity attendees included Dominican-recognized * kilia llano.

Meliza Rub, artistically known as By MelRub, is a mixed media & visual artist who uses acrylics and oils on different canvases, ranging from wood to skin. Meliza was influenced by Marlene Pratt and her interior design work, her mother’s portrait drawings, and artists such as Malika Favre, Jackson Pollock, Lynda Benglis, Ian Davenport, Robert Delaunay, and Gerhard Richter. Meliza was born in 1989 in Norwood, New Jersey; however, she lived the majority of her life surrounded by the Caribbean Sea in the colorful, picturesque city of Santiago, Dominican Republic. Her mother was a portrait artist who gave up drawing to raise a family, but from an early age encouraged Meliza to explore her creativity. Her study of Architecture & Design for two years at Pontificia Universidad Madre y Maestra (PUCMM) in Santiago and later Interior and Exterior Design at the Art Institute of Tampa cultivated her use of strong lines in her work. While working under architect and designer Marlene Pratt in New York City, she was inspired to host her first art expo, marking the beginning of Meliza’s dream to turn her passion into a career. Meliza is currently residing in West Palm Beach, Florida, where she launched her own business, Art Gall Expo. Her murals can be seen at Dr. Limon, Kanela Lounge, Smothie World, Melaos 360, Alicia’s Latin Cuisine and others in WPB. She has been commissioned to create pieces for local events and fundraisers.