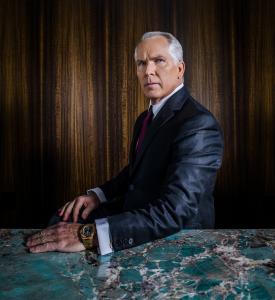 All four of the children suffered gunshot wounds and other injuries after a gunman gained access to their school on Tuesday, May 24, 2022. 19 students and two teachers were killed in the mass shooting, and at least 17 other children and adults were injured. The victims represented by Thomas J. Henry are all 9- or 10-years-old.

As part of the lawsuit, Thomas J. Henry and his team are actively investigating the facts surrounding the school shooting, including how the gunman purchased the guns and ammunition used, how he was able to obtain entry to the school, and the response by law enforcement. The firm is also examining questions pertaining to the gunman’s past, including potential red flags or threats of violence that may have been posted to social media or communicated directly to others but not properly reported to law enforcement.

The original petition was filed against the gunman’s estate; however, Thomas J. Henry is exploring all available legal actions against all responsible parties for possible constitutional rights violations, gun law violations, and violations of laws, policies, and procedures pertaining to school safety.

“This initial lawsuit will allow us to discover evidence and possibly add other parties to the lawsuit, if necessary,” said Thomas J. Henry. “The discovery process will focus on the school system, law enforcement, social media, and gun and ammunition manufacturers.”

Officials have disclosed that law enforcement delayed entering the classroom in which the gunman had locked himself for more than an hour. In a conference held on Friday, May 27, Director of the Texas Department of Public Safety Col. Steven McCraw stated that the delay was due to the on-site commander determining the situation to be one of a barricaded individual rather than an active shooter. The classroom was eventually accessed using a key.

For Thomas J. Henry and his clients, this lawsuit goes beyond representing those directly impacted by the shooting. They want to understand why this tragedy was possible and how institutions and private companies could have prevented it.

“The one thing that is vital in our country right now is ensuring our children go to school and come home safe,” added Thomas J. Henry. “We want to obtain justice for the families that have been devastated by this shooting and ensure we have swift changes that protect our children while they are at school.”

Thomas J. Henry also represents several victims of the mass shooting at Sutherland Springs First Baptist Church on November 5, 2017. In February 2022, a U.S. Federal Judge returned a $230,000,000 verdict against the United States government for its role in that shooting.

Thomas J. Henry Law, PLLC is one of the nation’s leading personal injury firms. Since 1993, the firm has fought to secure justice and compensation for individuals who have lost loved ones due to the negligence of others and to prevent similar instances of wrongful death from occurring again. Over that time, Thomas J. Henry and his firm have been the recipients of numerous awards and recognitions.

In 2022, Thomas J. Henry was recognized as an Attorney of the Year by Top 100 Lawyers (Top 100 Registry, Inc.) for Outstanding Achievement in Personal Injury and Mass Tort. He was also named a Legal Superstar of 2022 by Newsweek.com

In 2021, Thomas J. Henry Law, PLLC was named “Law Firm of the Year” by the American Institute of Legal Professionals, and Thomas J. Henry secured one of the Top 50 Verdicts in Texas as determined by TopVerdict.com.

In 2019, Thomas J. Henry Law, PLLC was recognized as one of the nation’s Premier Law Firms by Newsweek.com. That same year, Bloomberg Businessweek published a feature on Thomas J. Henry, highlighting his firm’s “clear commitment to client satisfaction.” Thomas J. Henry was also named the Best Attorney of San Antonio by the SA Current.

Other recent results include: