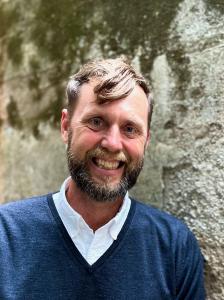 Kevin Swanson has been promoted to Executive Director

Kevin Swanson has been promoted to Executive Director

SAN FRANCISCO, CA, USA, May 24, 2022 /EINPresswire.com/ — Today, the Chronicle Season of Sharing Fund announced that Kevin Swanson has been promoted to Executive Director following the July 8th departure of Zev Lowe, who has been the Executive Director since October 2019.

In his new role, Kevin Swanson will elevate the Fund’s strong base of support and community partnerships to even greater levels. As executive director, Swanson will focus on partner development, refining fundraising strategies, and strengthening the programming and talent.

“Kevin has been a major part of our significant growth over the past few years,” said Bill Nagel, publisher of the San Francisco Chronicle.

“Kevin’s in-depth knowledge of the Fund and its partners will be key in developing the strategy for the Fund. The challenges continue to grow in the Bay Area’s nine counties.

Growing the Fund will help us serve more families in our communities.”

Swanson has helped lead the Season of Sharing Fund for over eight years and brings a wealth of management and communications expertise to the table.

Prior to joining the Fund, he worked with the March of Dimes, Project Open Hand and ran his own consultancy where he worked with local, statewide, and national nonprofit organizations.

“Every day, I am inspired by our clients’ perseverance and moved by the generosity of our supporters,” stated Swanson.

“It’s an honor for me to further the work of the Chronicle Season of Sharing Fund and provide help and hope to people facing unexpected crises.”

Swanson has lived in the Bay Area since 1993. He is a native of Iowa where he received an undergraduate degree from Briar Cliff College and attended graduate school at Iowa State University.

About the Chronicle Season of Sharing Fund

Since 1986, the Chronicle Season of Sharing Fund has raised $179 million to help thousands of Bay Area families facing unforeseen crises in their lives (such as the loss of a job, a life-threatening illness, or a natural disaster). The Fund provides temporary assistance for housing and other emergency needs for individuals, families, seniors, veterans, and those living with disabilities. Through a network of 150 community service agencies covering the nine-county Bay Area, the Fund works to identify residents in need and provide short-term, critical assistance. In addition, the Fund supports local food banks and distributes more than $2 million each year to assist individuals and families who might otherwise go hungry. All the Fund’s administrative expenses are covered by the San Francisco Chronicle and the Evelyn and Walter Haas, Jr. Fund. As a result, 100-percent of donations received by the Chronicle Season of Sharing Fund go directly to help community residents in greatest need.

The Season of Sharing Fund would like to extend its deepest appreciation for Zev Lowe for the tremendous growth during his tenure as the Executive Director.

About The San Francisco Chronicle