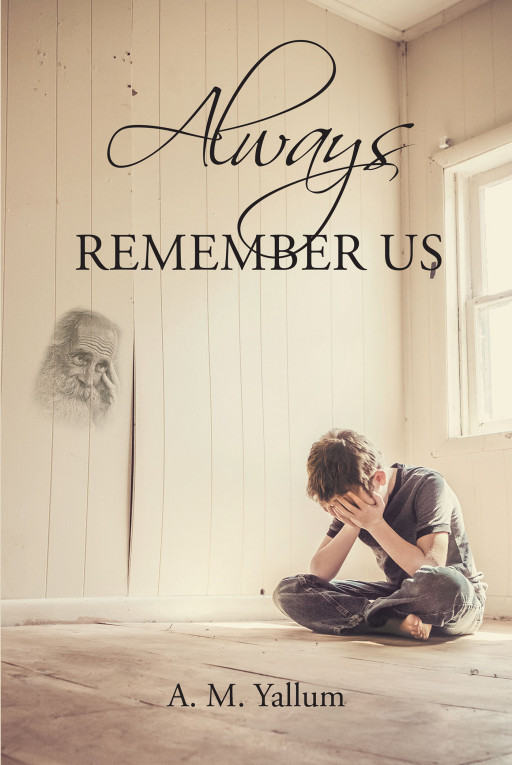 Author A. M. Yallum’s New Book, ‘Always Remember Us’, Follows the Treacherous Journey of a Boy Born Into a Violent, Dangerous World Outside of Pittsburgh

Recent release "Always Remember Us" from Covenant Books author A. M. Yallum is about a young boy growing up on the dangerous streets of Larimer, outside Pittsburgh, where every day can be a struggle to survive.


A. M. Yallum, a veteran of the United States Marine Corp, has completed his new book, "Always Remember Us": a compelling novel that introduces Frankie Desimone, who lives in an apartment with his mother, two sisters, and his mother's abusive and drug-fueled boyfriend, Joe. Joe routinely locks Frankie in his room, beats and demoralizes him, and denies Frankie food. Frankie's hatred for Joe consumes him, which frequently causes him to start fights and seek out trouble. The irony is that he is becoming more like Joe without realizing it.

Then, Frankie befriends an old hobo named Honeymarmo. Honeymarmo saves Frankie's life twice. Once, he saves him from some boys who violently attacked him, and then he saves him from a treacherous hobo named Grub. With Honeymarmo's help, Frankie, for the first time, develops a sense of hope, self-worth, faith, and a moral compass through a growing relationship with God that starts to change him. He begins to understand the consequences of choices and learns the power of forgiveness. Then, unexpectedly, he betrays his new friend and becomes consumed with regret and guilt. Still, those Christian values he learned bear fruit.

Author A. M. Yallum writes, "Between and including the summers of 1967 and 1968, our transition into a better life occurred. But there are times that I wonder. The cost we paid for such a transition was steep, so to call what resulted from our calamity better is questionable. But you can be the judge of that. We lived on the outskirts of Pittsburgh in a small neighborhood called Larimer back then, and it was a strange time for us, and I sometimes wonder how any of us survived. I left Larimer as a boy and have never returned. Today, most neighborhood grocery stores, businesses, and homes have been torn down and are now nothing more than abandoned dirt lots neglected and choked full with weeds. I suppose this was inevitable, for even back then, the buildings and homes were aging and run-down and were dull from years of pollution that poured from the giant smokestacks of the steel mills that once defined Pittsburgh. Those who lived there before our time speak of Larimer with fondness. They said it was a good neighborhood then, where businesses thrived and children played freely in the streets far into the night."

Published by Covenant Books of Murrells Inlet, South Carolina, A. M. Yallum's new book follows Frankie as he struggles to rise above his circumstances and is faced with his greatest test when forced to protect his mom at home by confronting Joe with a gun.

Readers can purchase "Always Remember Us" at bookstores everywhere, or online at the Apple iTunes Store, Amazon or Barnes & Noble.

Covenant Books is an international Christian-owned and -operated publishing house based in Murrells Inlet, South Carolina. Covenant Books specializes in all genres of work that appeal to the Christian market. For additional information or media inquiries, contact Covenant Books at 843-507-8373.

Original Source: Author A. M. Yallum's New Book, 'Always Remember Us', Follows the Treacherous Journey of a Boy Born Into a Violent, Dangerous World Outside of Pittsburgh