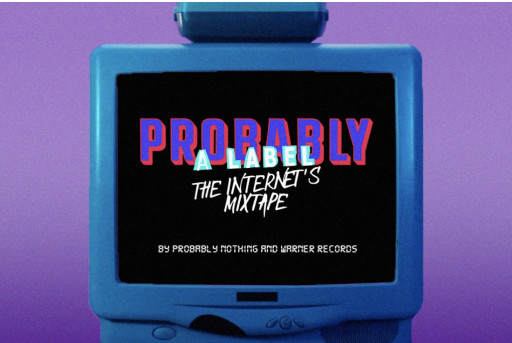 The label sells out 5,555 passes in 7 minutes. First drop from Diddy & JasonMartin exclusively to pass holders.

Probably A Label believes music best comes alive when there's context people can connect to emotionally. They are creators that help artists rewrite those stories using the power of NFTs and believe Web3 allows artists to create with more freedom and connect with fans on a much deeper level — their mission is to live at the intersection of that culture.

This new type of record label is aimed at redefining IP ownership in the music industry, utilizing Web3 technology. It is the first time that a major label joins forces with a leading NFT culture brand to build an ecosystem that enables artists to create freely using new technologies. Their mission is not to redefine how people listen to music but to elevate the experience in which people consume it, as well as collaborate directly with artists in a manner that helps develop their creative language.

The label launched 5,555 passes that exemplify its vision of what the future of music looks like, which sold out in seven minutes. These debuted on OpenSea, following last week's announcement of the partnership with Warner Music Group. Their first music drop will be from Grammy Award-winner Diddy and JasonMartin, claimable for Probably A Label holders. While artists will use the Web3 label as a new platform to release music for holders, the community will capitalize on "Studio A," an incubator that will help community IP come to life. Studio A shines as a key feature where the label partners with select members, accepting pitches for any ideas specific to that project's IP. If someone owns IP from an approved project and has an idea for a concept around it, Probably A Label can help bring it to life utilizing their resources.

Studio A will begin by accepting pitches using NFTs from approved partner projects, including Azuki, BAYC, Clone X, Cryptopunks, Degen Toonz, Doodles, Photosynthesis, Project Gojira, Pudgy Penguins, Stickmen Toys, Women & Weapons and World of Women, with more partners to be announced soon. Projects accepted into this incubator program will have access to resources from Probably A Label, Probably Nothing, and Warner Records' ecosystems, including financing, marketing, creative development, partnerships, branding, and PR. Probably A Label sees itself as the bridge between music in Web2 and Web3, which simultaneously evolves the connection between the traditional record label model and music fans.

Other features include the ability to own a community-created NFT project that will serve as the label's initial virtual musician. This project will be built in conjunction with the community of holders through a voting system on design, storyline, and other creative. More features include exclusive access to the label's future drops, a community-driven music library for holders' use, educational content highlighting best IP execution practices, access to in-person and virtual events, merchandise, and more.

"I grew up in the '90s listening to so many artists on Warner Records. It's surreal to have it come full circle and help them redefine how people experience music in today's Web3 era," said Jeremy Fall, creator of Probably Nothing. "There are a lot of conversations to be had around IP ownership and how to best utilize that IP. What attracted me the most about Warner Records is that they wanted to enter the NFT space the right way by offering full IP rights for Stickmen Toys, which we ended up partnering on."

Sebastian Simone, Vice President of Audience & Strategy at Warner Records, said, "Jeremy and the Probably Nothing team share our vision of evolving the connection between labels, their artists, and fan communities. We're excited to be partnering with Probably A Label on developing what the future of music ownership looks like, collaborating with our communities on bringing IP to life, and working with artists to enter the Web3 space in a meaningful, authentic way."

For more information about Probably A Label, watch/visit:

Warner Records has stood as a beacon of artistic freedom and creative expression for the past six decades, releasing some of the most culturally influential and innovative music of our time and home to an impressive generation of artists, including Dua Lipa, Madonna, Saweetie, Liam Gallagher, Michael Bublé, Deftones, Neil Young, Red Hot Chili Peppers, Aespa, Bella Poarch, Muse, Linkin Park, Royal Blood, Gorillaz, Rüfüs Du Sol and many more.

Probably Nothing's goal is to educate the world about NFTs and Web3 by onboarding as many people into the space as possible — by guiding them on safety and showing them how beautiful the community is. They help shine the light on projects that are paving the way creatively in a respectful manner to the Web3 industry. Probably Nothing is a community for the Web3 curious, the lovers of culture, creatives, and jpeg enthusiasts. It's a hangout where the outliers run the show, a gathering place for everyone who wants to help push this new world forward and be part of the family.