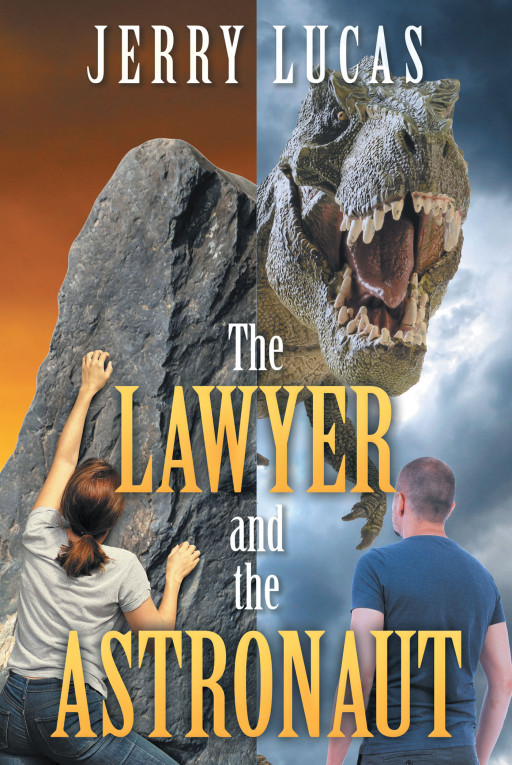 Fulton Books author Jerry Lucas, a retired engineer, has completed his most recent book "The Lawyer and the Astronaut": a gripping and potent sci-fi love story about a couple quite literally separated by space and time.

"Josh was unemployed again," writes Lucas. "For a while, he looked for some work. He sent out thirty resumes and letters to prospective employers, but he got nowhere. Then one day, things changed. He came across an advertisement for something interesting. A job description title read: 'Wanted: Participants in Manned Interplanetary Probe Missions.'"

Published by Fulton Books, Jerry Lucas's book follows Josh, a recently unemployed man who gets a job as an astronaut. He is sent to an Earth-like planet 500 light years away, but it is millions of years younger than Earth and mimics prehistoric times. While Josh is exploring outer space, Josh's girlfriend, Laura, stays behind. She agrees to be cryogenically frozen until he gets back.

Josh is set to return to Earth in 1250 years, but he is now 100 years late. Laura is forced to be woken up and must adapt to her new life in the future, unsure if Josh will ever return. When he does, the couple is rocked by controversy from his actions on the distant planet. Will their love survive? Can they adapt to this vastly different world?

Readers who wish to experience this captivating work can purchase "The Lawyer and the Astronaut" at bookstores everywhere, or online at the Apple iTunes Store, Amazon, Google Play, or Barnes & Noble.

Original Source: Jerry Lucas's New Book 'The Lawyer and the Astronaut' is a Thrilling Fact-Based Science Fiction Romance About Preserving a Relationship Across Light Years