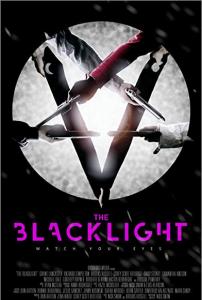 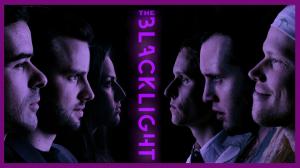 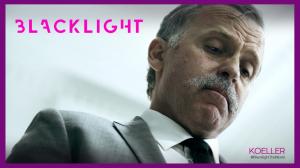 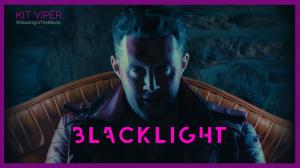 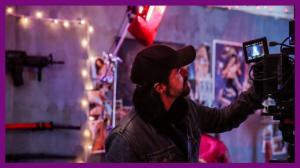 LOS ANGELES, CA, USA, March 29, 2022 /EINPresswire.com/ — Time is running out for your chance to catch THE BLACKLIGHT during its limited theatrical window from now until May 5.

Experience the intense story of a veteran thief who gets more than he bargains for when he teams up with a couple Gen Z dropouts to pull off a robbery that will forever alter the course of their lives. After obtaining an ancient artifact during the course of the heist, it is soon revealed that it contains supernatural powers which could quite literally be the death of them.

THE BLACKLIGHT is the first theatrical premiere from Porter + Craig Film & Media Distribution, a new subsidiary label of film and TV industry veterans Jeff Porter and Keith L. Craig. The film debuted on Thursday, March 24 – and it concludes its run on March 31 at exclusive venues in Oregon, Illinois, and Washington. CLICK HERE to see if your town is included in these showings.

THE BLACKLIGHT stars Victor Verhaeghe, Grant Lancaster, Bristol Pomeroy, Brooks Russell, Samantha Aneson, Richard Templeton, Corey Scott Rutledge, Brad Stuart, and Roberto Serrini. It’s the feature debut of director Nick Snow, who co-wrote the script with Brooks Russell.
“The Blacklight is a true independent film. We pulled together any and all resources to make this film without the backing of a major studio. Utilizing only private investor funding.” ~ Nick Snow (director/co-writer)

Production on THE BLACKLIGHT was done mostly in Rockford, Illinois, which served as the destination for its world theatrical premiere after a jammed packed year of award-winning screenings at top international film festivals. Producer Don Hatton, a Rockford native, is proud of the three year journey to get THE BLACKLIGHT from script to screen. New York based director, Nick Snow was also excited to take on the opportunity to bring the film to life with a skillfully cinematic eye, and a super talented ensemble cast.

“The core cast demonstrated amazing dedication to this project. Almost all of the key characters were cast as they were being developed. You’ll see in the performances how every cast member further enhances the storyline.” ~ Nick Snow (director/co-writer)

You can see the hard work pay off for itself by experiencing THE BLACKLIGHT on the big screen. Its initial run ends on March 31, but those in the Midwest will have another chance to see it throughout April as it tours through various towns in Oregon, and Battle Ground, Washington. You can check out official dates and showtimes by clicking HERE

Be sure to like THE BLACKLIGHT on Facebook for the most up to date information, including additional theatrical engagements and streaming release dates.

ABOUT PORTER + CRAIG FILM & MEDIA DISTRIBUTION
Porter+Craig is one of the newest and most exciting partnership ventures in independent film and TV sales (based primarily in Beverly Hills with connections in Washington DC and Atlanta), with two youthful but experienced industry veterans joining forces to take digital development to the next level.

ABOUT JEFF PORTER
Jeff Porter founded Porter Pictures in 2012, and under his leadership it has become one of the most successful Black-owned motion picture and TV sales agencies in Beverly Hills. Jeff has worked on projects or films featuring the likes of Angela Bassett, Courtney Vance, Keith David, Lynn Whitfield, Victoria Rowell, Jon Favreau, Joseph Fiennes, Barry Bostwick, Mark Wahlberg and more. Over his more than decade and a half in the business, he has worked on sales of roughly over 100 film and TV projects, and is an in-demand expert speaker at film festivals and LA writers’ organizations.

ABOUT KEITH L. CRAIG
In addition to a stellar 30 year career in the US Army (where he attained the rank of “Sergeant Major” the top 1% in the Arm Forces) and pro football star and champion, Keith L. Craig has worked at Disney on Lucas Films, Pixar and Marvel titles for the past 6 years which include but limited to, STAR WARS: THE RISE OF SKYWALKER, AVENGERS: ENDGAME, COCO, BLACK PANTHER, AND MORE, with combined box office receipts well over the billion-dollar mark. Mr. Craig is also a well sought-after consultant and investment partner in the hospitality and entertainment industries.