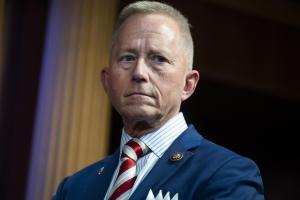 Republican Candidate Lashes Out at “Democrat in Disguise”

VINELAND, NJ, US, March 13, 2022 /EINPresswire.com/ — South Jersey seems to have much more going on behind closed doors lately. Sean Pignatelli, Republican Candidate for District 2 of NJ, lashed out at Republican Incumbent Jeff Van Drew for his recent vote against veterans along with his public voting record in Congress. Pignatelli called Van Drew a “Democrat in disguise” and asked when Van Drew would “switch back to the Democrat party.”

Van Drew, representing the 2nd Congressional district for New Jersey, has been called out by many Republican voters as well in South Jersey. Van Drew recently opposed a bill in Congress that would have given veterans and disabled veterans increased benefits. Pignatelli factually pointed out, “Van Drew goes around saying he is for Veterans then goes and opposes a bill that would have helped many veterans with new or increased benefits.”

During the 2020 election, Van Drew was praised as a hero by Republicans, but now Republican voters are asking for his resignation. During the 116th Congress, Van Drew voted a total of 122 times in agreeance with the left wing Alexandria Ocasio-Cortez and voted with 5 out of 7 gun control bills that have restricted Americans from purchasing firearms. Not even Liz Cheney or Adam Kinzinger, who have since been censured by the GOP, voted so highly in agreeance with AOC.

Pignatelli, who is poised to take the Republican nomination in June’s primary, said “this was the last straw. Van Drew needs to be held accountable for his negligence towards all of South Jersey.” Pignatelli has been campaigning to support veterans, and secure 2nd Amendment Rights. With the aid of South Jersey voters and Van Drew’s current track record of voting in Congress, we may not see an incumbent heading in to the November general election for NJ’s Congressional district 2.