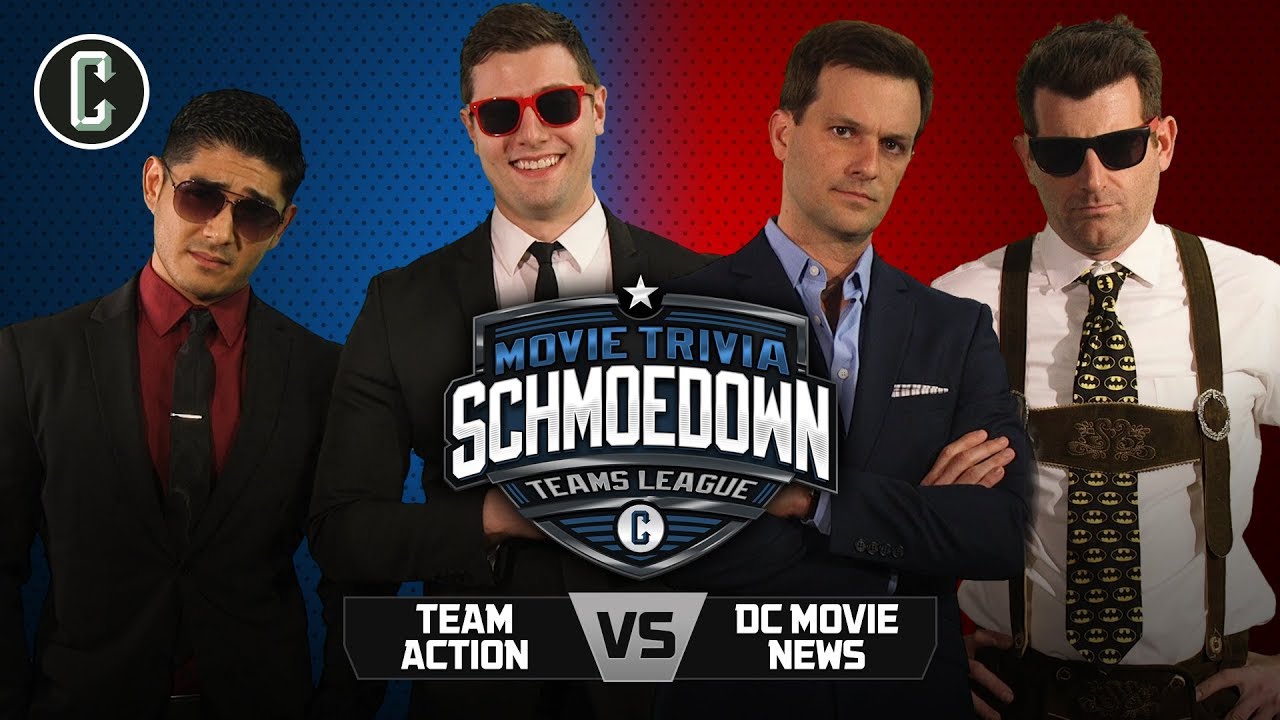 Today’s match is brought to you by the new movie FURY OF THE FIST AND THE GOLDEN FLEECE, in theaters and on demand May 25th. Watch the trailer!

On today’s episode of the Movie Trivia Schmoedown, Team Action is back in ACTION as they make their march to their inevitable shot at the tag team titles. The boys know they have some ground to make up and other teams have been building up their resumes while the Vile One Andrew Ghai has been in Schmoedown jail for his assault on The Outlaw. One of those teams that has really caught on with the fans in Actions absence has been Team DC News. Mike Kalinowski has been going through a crisis of fandom as of late and Adam Gertler’s antics may have played a part in that. You never can tell what Team DC News is going to show up. The one that can score a perfect round in the first round or the one that can flame out in the second round. No matter what version of this team shows up, you know it’s going to be a match you talk about for quite some time. And when you add them going up against Team Action, this one has a chance to go nuclear with the back and forth between these teams with a tightly contested battle. See who will be left standing at the end and take one step closer to the Schmoedown Tag Team titles.

Let us know what you thought of the match in the Comments section below. Remember to Like and Share this video on your social media and to Subscribe to the channel for more Schmoedown and Collider videos.

As the online source for movies, television, breaking news, incisive content, and imminent trends, Collider is more than an essential destination. Visit Collider:

And for even more great Collider content, check out our weekly schedule below and follow the links to peruse episodes both old and new. We’re your go-to destination for all things fandom. You can also subscribe to our podcasts on iTunes using the links below or at

COLLIDER JEDI COUNCIL – Thursdays 5PM ET / 2PM PT
What’s new in the Star Wars universe and what we can expect from all the upcoming movies, novels, comics and more
Youtube:
iTunes: