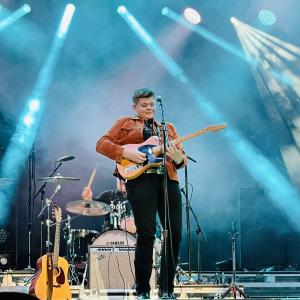 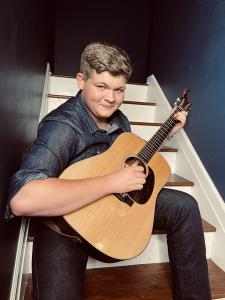 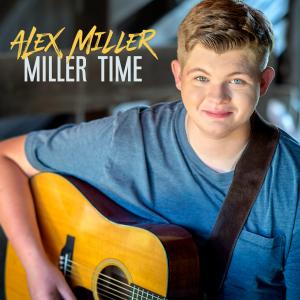 Miller’s Current single, “Through With You” Moves To #41 On Billboard Indicator Chart, He Has Over
15 Million TikTok Views And His Tour Date Tally Rises

When I listen to Miller Time I hear some Faron Young, Keith Whitley, Daryl Singletary and a little Hank Thompson and Ernest Tubb.”

PLEASANT VIEW, TENNESSEE, UNITED STATES, June 1, 2022 /EINPresswire.com/ — Alex Miller’s summer is turning into a numbers game. The young Country star’s current single, “Through With You,” rises to #41 on this week’s Billboard Indicator Chart, and he’s topped 15 MILLION TikTok views to date. Bookings continue to roll in, including the Hard Rock Outdoor Concert Stage and Sunday Mornin’ Country’s 40th anniversary show set for the Grand Ole Opry House during CMA Fest week. Additionally, Miller will be performing at state fairs and major festivals, opening for Brooks & Dunn, Toby Keith, Niko Moon and others, and headlining his own shows at venues ranging from intimate club settings to casinos.

Alex is touring in support of his debut album, MILLER TIME (Billy Jam Records), a 10-track mix of traditional Country barn burners, heartfelt ballads – and a few surprises. The disc, produced by Jerry Salley, is generating positive reviews, including:

Bill Cody, 650 AM WSM “Coffee, Country & Cody – “So proud of and for Alex. He’s a winner … I hear some Faron Young, Keith Whitley, Daryl Singletary and a little Hank Thompson and Ernest Tubb.”

Greg Victor, ParcBench – “From the first note … he establishes himself as a trustworthy narrator. It is this comfortable, grounded, and genuine quality that defines Miller as one of today’s top Country artists.”

Trigger, Saving Country Music – “If true Country music is to survive … it’s going to need souls committed to the cause … The squared away and supremely talented Alex Miller certainly fits that bill. You can’t fit an index card between his sound and how George Strait would define Country music for Merriam-Webster. This is fiddle and steel guitar stuff through and through.”

Suzanne Alexander, TV & Radio Broadcaster, Writer, Producer – “A reminder of why many of us fell in love with this music in the first place.”

Fans can learn more at www.alexmillercountry.com and stay social on Facebook, Twitter, Instagram, YouTube and TikTok. MILLER TIME can be purchased HERE and the “Through With You” music video can be seen on The Country Network, Heartland TV, Country Music Channel, CountryLine TV, and IndiMusic TV.

Alex first found national fame as a competitor on American Idol Season 19. It was a massive change for this Kentucky-born singer/songwriter – who was still working on the family’s farm when he was accepted for the show. Alex is an outlier in other ways, too: he is a true, torch-carrying champion of traditional Country music and he is proud of it. The 18-year-old began performing at shows in and around his hometown of Lancaster at the age of seven before moving on to larger venues, including the Dolby Theatre, Lucas Oil Stadium, Renfro Valley, and more. Since departing Idol, Alex has performed at Nashville’s Ryman Auditorium, five state Fairs (KY, MO, NY, WA, WI) as well as diverse venues around the country. He has headlined his own shows, and opened for Hank Williams, Jr., Josh Turner, Lee Brice, and more. In October of last year, Miller was named the Texas Roadhouse Artist of the Month and he performed a duet with Rhonda Vincent at the Lee Greenwood All-Star Salute the following month. MILLER TIME, his debut album, is generating significant airplay and positive reviews – and bringing more and more fans his way.

Alex Miller’s Through With You music video