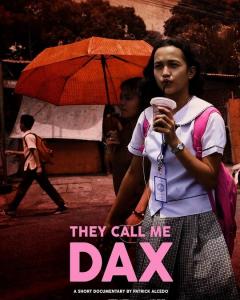 They Call Me Dax 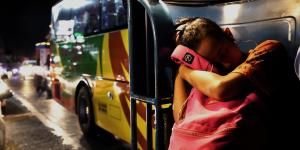 Scene from ‘They Call Me Dax’ 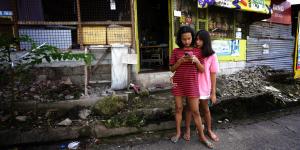 Scene from ‘They Call Me Dax’

NEW YORK CITY, NEW YORK, UNITED STATES, July 12, 2022 /EINPresswire.com/ — “THEY CALL ME DAX” is the surprising winner of three awards at the 13th edition of the NYC Independent Film Festival in New York, held from 12 to 19th June at the Producer’s Club in Manhattan. The touching and impressing short doc of Canadian filmmaker Patrick Alcedo won awards for Best Short Documentary, Best Director and Best Cinematography at the 2022 edition of the festival.

“They Call Me Dax” is a short story on fifteen-year-old Dorothy, who struggles to survive as a high school student and a ballet dancer. Fondly called Dax by her friends, she lives by herself in one of the poorest districts of Quezon City, Philippines, a sprawling urban space of three million people. Her mother, who lives hundreds of miles away, cannot afford to care for all her children, so she kicked her eldest daughter out of the house at a young age. Dax craves the love of a family, but only finds that warmth in a friend and her dance.

Filmmaker Patrick Alcedo is a specialist on Philippine traditional dances and a documentary filmmaker. For the film “The Call Me Dax” he was both the writer, producer and director. He is also Associate Professor in the Department of Dance at York University in Canada.