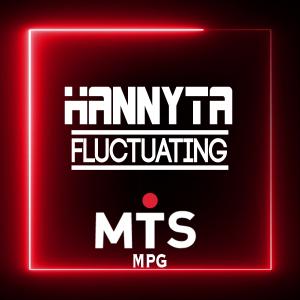 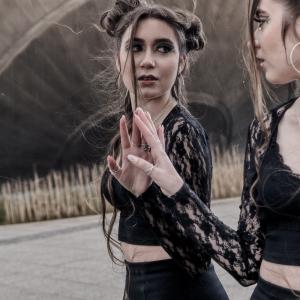 The Scotland-based teen phenom will release 5 new remixes from the renowned producer/dj on August 5th, 2022.


CHICAGO, IL, USA, August 5, 2022 /EINPresswire.com/ — Introducing a unique blend of genres, teen artist Hannyta’s soulful music aims to uplift and inspire listeners. After the initial radio success of her latest single ‘Fluctuating’, the song has now been remixed by renowned Producer/DJ Georgie Porgie. With 5 new remixes dropping on Friday, August 5th, 2022, working with Georgie is a big milestone for Hannyta. Georgie has remixed music for the likes of Janet Jackson, Michael Jackson, Spice Girls, Mary J. Blige and a who’s who of the biggest names in music. The remixes will be released through MTS Records and Georgie’s Music Plant Group.

A representative for Hannyta made an official press statement “Hannyta is highly passionate about creating music that impacts people in all the best ways. She is focused on mastering all aspects of music, including instrument playing, songwriting, dancing and more. With the new remixes dropping soon, she is also working on exciting new projects to be released in the near future.”

ABOUT HANNYTA: Hannyta is a teen singer and songwriter based in the UK. Originally from Hungary, the talented young starlet grew up in Scotland. Having spent a lot of time with her Aunt from Florida, she has developed a love of all things American. After releasing a string of successful cover versions of songs by Idina Menzel, Rachel Platten, and Lauren Daigle, Hannyta released “Wildflower,” her debut original Euro Folk-pop single. It hit Top 5 on the international iTunes charts. She followed up “Wildflower” with “17” (MTS Records) in March of 2022, and it hit the UK iTunes Top 5. Hannyta is a semi-finalist in the world-renowned International Songwriting Contest. To date, her music has been streamed 200K times on Spotify. For more information, please visit

ABOUT GEORGIE PORGIE: An accomplished DJ, Artist, singer songwriter, record producer, an independent dance music recording mogul and one of the hottest dance-music producer-remixers to emanate out of Chicago, Illinois, Georgie Porgie is a multi-talented international recording star who owns the longest running dance label in the World. Georgie’s contributions to the Dance industry earned him the title of “The Ambassador of Dance Music.” Billboard Magazine, in 2010, named Georgie Top 10 Dance artist of the Decade and recently, Greatest of All Time Top Dance Club Artist. He has had over 50 #1 records in over 20 countries and has sold millions of records throughout his career. Georgie has produced and remixed some of music’s most prolific names including Michael Jackson, Spice Girls, Janet Jackson, Jason Walker, Barbara Tucker, Mary J. Blige, and many more. For more information, please visit http://www.georgieporgie.me.