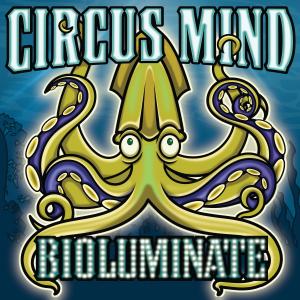 CIRCUS MIND Continues to Deliver With Their New Album BIOLUMINATE

NEW YORK, NY, USA, May 20, 2022 /EINPresswire.com/ — CIRCUS MIND is a New York-based rock outfit and the brainchild of singer/songwriter and keyboardist Mark Rechler. The band is about to celebrate its 20th year and will unveil their fourth release BIOLUMINATE on June 17, 2022. BIOLUMINATE continues to capture the CIRCUS MIND spirit as they weave through past, present, and funky future.

The first BIOLUMINATE single “Baby Come Back Down” (featuring NoLa guitarist Marc Paradis of Johnny Sketch and The Dirty Notes) released March 18 has a funky driving Caribbean backbeat mixed with rock and soul vibes and delicious synthesizer work. Opening track and second official single “West End Road” feels like you’re in the gospel tent at Jazzfest while mixin’ in some swampy rock reminiscent of Little Feat, Taj Mahal and The Radiators. Special guest Nels Cline of Wilco shines on the standout track “Miss Fortune” a slower paced beauty, while special guests Matty Fox and Matt Godfrey from the Brandon “Taz” Niederauer Band bring the album full circle on the final track “Vampire Blues.” Longtime bassist Chris Crosby, who passed during the recording of the album, appears on four of the tracks.

Their earlier release “Silver Flower” was voted one of the Best Indie Albums of 2006 by Newsday and put a modern take on influences such as Traffic, Steely Dan, Little Feat, and Mott the Hoople while mixing in NoLa vibe influences like Dr. John, The Meters and The Neville Brothers. The CIRCUS MIND single “Jazzfest Time” was released as an ode to the New Orleans Jazz & Heritage Festival. CIRCUS MIND has opened for national acts (Toots & The Maytals, The Neville Brothers, The Radiators) and had many notable guests sit in on their recordings and live performances (Soulive, Rebirth Brass Band, Cyril Neville).

Guitarist Jaime Scott has toured the world as a guitarist and engineer, with renowned ensemble John Lurie and the Lounge Lizards. In doing so he followed the lineage of the legendary and influential Lounge Lizard’s guitarists who came before him. “Baby Come Back Down” also features late and long-time CIRCUS MIND bassist Chris Crosby, who had studied with Oteil Burbridge of The Allman Brothers Band and Dead & Co.

The band’s rhythm section features drummer Dan Roth, a driving force of funky world influences and percussionist Steve Finkelstein, who has worked recorded and performed with pop icons from Ray Charles as well as jam band giants including members of the Dead, Allman’s, and Neville’s, and Tower of Power. Steve is also a founding member of the Funk Filharmonik.

New Member Saxophonist Michael Amendola holds a BA in Arranging from The Berklee College of Music. Credits include touring, film scores, jingles, and Broadway shows. Michael was a member of The Tony Trischka Band for 7 years, producing 2 recordings on Rounder Records and as a leader, released the jazz recording “Big Sunflower” on CDC Records. Also joining the party is Leandro Da Silva, a multi-faceted bassist from São Paulo, Brazil who brings elements of Samba and Funk that can be heard in his diverse playing style.

To purchase or stream the singles “Baby Come Back Down” or “West End Road” please visit: or https://smarturl.it/CMWestEndRoad