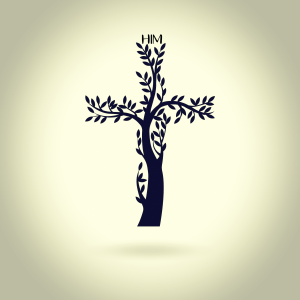 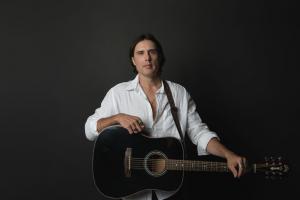 With this emotionally charged project, Pedigo expertly combines the old with the new. Mixing modern musical musings with public domain hymnal lyrics, as well as penning his own original songs, Pedigo brings forth a collection of songs that offer a refreshing perspective worthy of consideration. “Part of this album came from exploring public domain lyrics. Most of the old lyrics are praising the Lord. Those times and those songs have brought us to the now,” says Pedigo. “It’s my intention that this album is laid out from my personal, and hopefully artistic, perspective.”

Upon first listen, your ear may beg you to remember some iconic musicians such as Gram Parsons or Tom Petty, but in Pedigo’s individual style that can’t be replicated, his songwriting delivers something modern and unique to the listener. During some of the world’s most divisive and isolating times, Pedigo uses the tracks on ‘HIM’ to paint a picture of hope spurred on by our universal longing for true community. “Hate will be forgotten, love will be always and laughter often,” the songwriter expectantly muses in “The Last Jubilee.” “There’ll be no rich, there’ll be no poor. All the hunger will be no more,”

Stream the album, ‘HIM’ here

Pedigo’s debut album, ‘The Cross Eyed Sessions’ stayed in the Roots Rock Top 40 Charts for over 2 years and the singer-songwriter was a Finalist in CMT’s “Music City Madness Singer/Songwriters Competition” as well as included in the “Top 20 Video Countdown.” With accomplishments such as landing a deal with Columbia Pictures and several notable live performances with music legends Sammy Kershaw, Earl Bud Lee, Roger Cook, and Buddy Miller, Pedigo has become a heavy hitter in the Nashville music scene.

Currently residing in the outskirts of Nashville, TN with his family, Pedigo is preparing to release his latest album, ‘HIM’, and play several live shows with his band, The Coyotes this Fall. Critical acclaim:

“Pedigo stands like a beacon of hope amidst a sea of bleakness – he offers us some consolation that things, as hard as they may be to describe, are still worthy of describing and remembering.” –Music Mecca

“[Don’s] lyrics are rocket-like. Like a whip to the back.” –ComeHereFloyd

Jesus Was A Rebel

He Brought Me Out

Prayer Is The Key

Leaning On My Lord

Visit www.donpedigo.com for more information and follow Don on social media @donpedigomusic. ‘HIM’ is available now to stream and download on all major digital streaming platforms.

For additional information or press inquiries contact Natalie Bailey at [email protected], or +1 615-955-1022.