Empowering Artist Aliza Hava to release extended version of her song about lost love & healing of the heart, “Ruby Love” 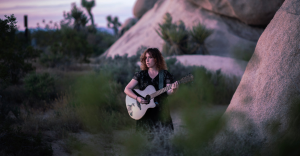 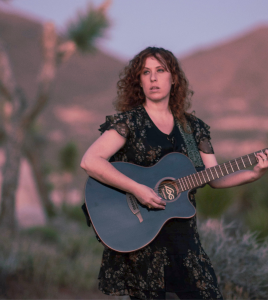 Aliza Hava with her guitar 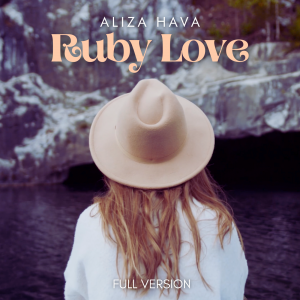 When Ruby and I had met, we discovered we were both songwriters, and this trip led us to some epic places … before he disappeared and took off for Los Angeles”

LOS ANGELES, CALIFORNIA, UNITED STATES, March 10, 2022 /EINPresswire.com/ — Singer and songwriter, Aliza Hava, will release a music video and an extended version of her song “Ruby Love.” The video will be released on Aliza’s YouTube page and the extended song will be available on all streaming platforms on March 18, 2022. Hava reintroduces her heartfelt song to the world with an added verse in which she details the couple’s final road trip before the romance ended.

Aliza Hava is a well-known musician who specializes in music for the healing of the soul. Her award-winning folk, rock, and pop-style songs communicate the singer’s desire for others to benefit from the healing power of music. In February of 2020, she released her most recent album, “Natural State.” Aliza covers topics such as introspection, personal transformation, lost love, and standing in one’s power throughout the album. “Ruby Love,” one of the album’s songs, is about an epic, seemingly destined love affair that ended abruptly, leaving a trail of sorrow in its aftermath. The extended version will include a third and final verse that depicts the duo’s journey along the Music Highway, which runs through Tennessee’s famous Interstate Route 40. This was their final trip together before the end of their relationship. “Ruby Love ” is a story about lost love and individuals who have had a mysterious romance that appeared to be perfect but ended regardless. “I miss you so,” Aliza laments in her song, “but life goes on…” The song is a message of acceptance, letting go, and moving forward.

Hava turned to music at a young age to find peace from a rough childhood. She taught herself to play the guitar with the help of an old songbook called “Great Songs of the 60s” that she discovered in her parents’ cellar. Aliza realized her calling for healing while immersed in the music, culture, history, and activism of the 1960s and 1970s. She began writing songs like “Rise,” “Dr. Martin Luther King Jr.,” and “Water to Fire,” an anthem for Standing Rock, to inspire constructive social change.

Aliza had a keen interest in student activism while studying Music Therapy. Because she has a natural talent for concert production and community organizing, she became highly involved in organizing charity concerts featuring local talent. She began singing and co-producing concerts at the United Nations headquarters in New York City after graduating from college, earning her the post of Chair of the UN International Day of Peace NGO Music Committee. Aliza went on to create live concerts on six continents in collaboration with over 40 civic society, governmental, and environmental organizations. While working with the United Nations, Hava was involved in several peacebuilding initiatives in the Middle East. She collaborated with Israeli and Palestinian musicians to use music to promote peace education and dialogue. She went on to produce “Harmony in the Holy Land,” a worldwide live-streamed performance that brought together Muslim, Jewish, and Christian performers in a universal music prayer for peace in Jerusalem. This experience reinforced her desire to use the healing power of music to establish bridges between people. She continues to live up to her mission today by writing music that inspires people from all walks of life.

To pre-save the extended version of “Ruby Love”, please follow the link here. For more information about Aliza Hava, please visit her website at www.AlizaHava.com.