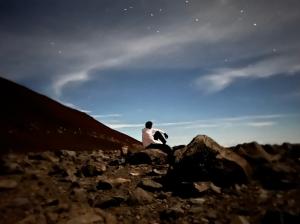 Feel Free With Anizzy’s Third Single For 2022, “The Return” 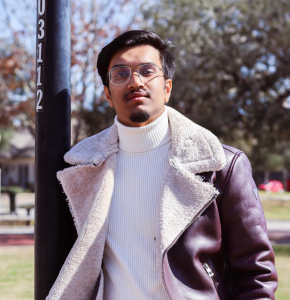 Houston-based musician Anizzy announces the release of “The Return” on October 28.

LOS ANGELES, CALIFORNIA, UNITED STATES, October 6, 2022 /EINPresswire.com/ — The creative concepts of music are no longer limited to known norms. Recording artist Anizzy is putting together a dreamlike soundscape of different elements of Bollywood with traditional R&B/Hip-Hop tunes and is defining the course.

His upcoming single, “The Return,” which is a preview to his yet-to-be-announced EP this year, is poised to establish him as a visionary creative as he continues to knock down the walls of conformity.

Running two and half minutes in length, Anizzy links up with sound engineer Dyllyn Greer of Houstonology Studios for the profoundly melancholic track, “The Return.” Standing firm in the face of aversion, the track exudes Anizzy’s broody vibe when his vacation with friends comes to an end and it is time to go back home, where the misery of his 9-5 job is waiting for him. His authenticity is contagious as emotive inflections are heard in his voice as he admittedly says how he detests his job but has to carry on as it helps him support his music career.

Anizzy’s unique brand of R&B is very distinct as it is infused brilliantly with Bollywood elements melded with kicks, claps, hi-hats, booms, and synths. Accompanied by his sultry vocals, “The Return” indeed would create a personal attachment. It will be available worldwide via all major streaming platforms, including Spotify, on October 28. To know more about Anizzy, connect via his Instagram account.

Aniketh Sanjiv, professionally known as Anizzy, was born in Kerala, India, and raised in Houston, Texas. After facing the stereotypes enforced by many Indian households, he lost sight of himself and his music aspirations. But with the help of his guru and world-renowned Trinidadian tablist Dexter Raghunanan, his life perspective changed, and he was able to pull back to his real passion, music. Known for his first R&B album, “Fallen,” his cultural touch and eccentric sound is one that is unheard of. Mainstream-ready with his dynamic style, Anizzy is poised to strike an instant chord with the audience.