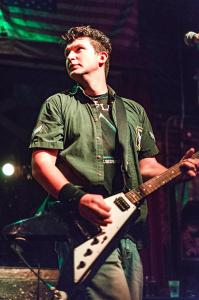 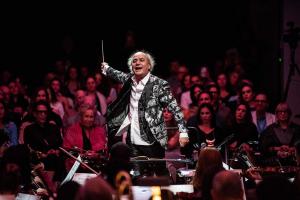 This is the magic of the Genius 100 Foundation. We always look beyond what is present and often say, the sky nor space is the limit”

The Miami Symphony Orchestra (MISO), led by Genius 100 Visionary Maestro Eduardo Marturet, was named the official Symphony Orchestra of the City of Miami by Mayor Francis Suárez. “Since the 34 years the symphony exists, this is the greatest moment. In the name of our chairman Rafael Diaz-Balart, the board of directors, advisory board, staff, and members of the symphony, I thank you, your staff, and commissioners, for this fantastic honor.” Genius 100 Visionary Maestro Eduardo Marturet, upon receiving this tremendous honor.

“We are inspired by Einstein to bring together accomplished, compassionate minds to reimagine the future and improve our world” states Hilarie Viener, CEO, Genius 100 Foundation. “We are immensely proud of all of our Visionaries and all that they have accomplished – and could not be more thrilled to see this honor bestowed on to Maestro Marturet and MISO – he and they are a true inspiration and example to the City of Miami and the world.”

Marturet, known around the world for his brilliant compositions and unique collaborations, became a Genius 100 Visionary in 2019. His induction ceremony was held in Miami where he was feted by the community and an extra special guest Astronaut Soichi Noguchi of Japan.

Upon joining this illustrious group selected to honor the 100th Anniversary of Einstein’s Theory of Relativity, he met a fellow Genius 100 Visionary Dr. Konstantin Batygin, a world-renown scientist, astronomer, and Professor at CalTech with a serious passion (and talent) for the electric guitar.

The making of Planet 9 Opus 3

“I could see the synergy between our G100 Visionaries from the outset of my collaboration with them,” states Helen Hatzis, Chief Community Officer, Genius 100 Foundation. “One might not immediately associate a composer with an astrophysicist; however, when the astrophysicist plays electric guitar in a rock band, your mind begins to swirl with ideas; this is the magic of the Genius 100 Foundation. We always look beyond what is present and often say, the sky nor space is the limit.”

Out of this collaboration, Planet 9 Opus 3 was born. “Contributing to Planet 9 OP.3 on guitar was both an incredible journey and an honor,” states Dr. Konstantin Batygin, credited with the discovery of Planet 9. “Eduardo (Marturet) is a true visionary – the way in which he was able to intertwine every emotion that underlies the thrill and frustration of scientific research with such meaningful musical passages is genuinely unique. From spacey, atmospheric, and contemplative passages to explosive and energetic vibes, all the way through to beautifully crafted and memorable melodies, Planet 9 OP.3 is a massive collection of wonderfully innovative ideas.”

When it came time for the 2021 Genius 100 Visionary induction ceremony of Astronaut Noguchi, it was only fitting that Planet 9 Opus 3 would be selected as the theme-music for the event. To make it even more special, Genius 100 in collaboration with NASA and JAXA, held the event live from the International Space Station in March 2021, while Noguchi was in orbit on the Crew-1 flight of SpaceX’s Crew Dragon.

Planet 9, Opus 3 was released on all streaming platforms on April 14, 2022, including Spotify and Itunes.

About the Genius 100 Foundation
Referred to as G100, was born out of the centennial celebration of Einstein’s Theory of Relativity. To honor this landmark occasion, 100 of the world’s greatest minds were researched and nominated to contribute their vision of the future to the publishing of the first 3D book ” Genius: 100 Visions of the Future.”

Founded in Toronto , with a global footprint, Genius 100 Foundation is a Registered Charity in Canada and a 501c3 non-profit in the US.

The Genius 100 Foundation brings together Genius 100 Visionaries, philanthropic impact investors and its extended global community – to re-imagine the future – and to implement creative initiatives to improve our world. As a collective, we are able to raise the bar on what is achievable – with a shared vision and purpose – we can make the impossible possible.

Genius 100 Foundation Mission
We leverage the knowledge and resources of the G100 community to support impactful humanitarian and environmental initiatives through collaboration and funding structure.

The Genius 100 Visionaries
The Genius 100 Visionaries are group of global leaders, activists, innovators and influencers, in addition to including 16 Nobel Laureates, it is comprised of Astronauts, an EGOT, Olympic Gold Medalists, Knight(s) of the British Empire, Global Teacher Prize, Companion(s) of the Order of Canada, a former NASA Administrator, a World Chess Champion, a GRAMMY winner, an Oscar winners, global brand CEO’s, Justice of the Supreme Court of Canada – and recipients of National Medals of Science, Humanities and Arts; Pulitzer Prize; Peabody Award; Albert Einstein Medal, and, unbelievably, many more accolades and honors.

Since its founding, with the passage of time, a few members it is incredibly talent-rich community have become Genius Inspiritus, they are Paul Allen, The Honorable Justice Ruth Bader Ginsberg, Thich Nhat Hanh, and Sir Ken Robinson– and Nobel Prize Laurates Harold Kroto and Shimon Peres.