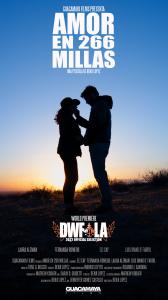 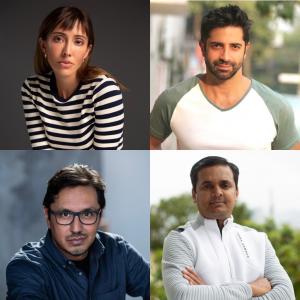 Filming A266 in Los Angeles with this amazingly talented cast & crew was a unique experience. This film marks an important point in time where my life took a turn and is a very personal piece for me.”

The road trip genre film is the story of Marcos, a divorced man who finds himself broke and stuck in his job. Armed with an idea, he sets out on a journey to achieve his dreams. His younger brother and sister-in-law plot to change his plans with an adventure across 266 Miles in the high desert that will be life-changing for all of them.

“I am very excited for this release and to finally see the people ‘s reaction at the theater. Filming A266 in Los Angeles with this amazingly talented cast & crew was a unique experience. This film marks an important point in time where my life took a turn and is a very personal piece for me.” Said Director Benji Lopez

Producer Mathew Kodath added: “AMOR EN 266 MILLAS is the culmination of 12 years of creating movies and original content that have made an impact at the box office in Central America and Puerto Rico. A266 represented a unique opportunity for us to step outside the producing comfort zones of our local markets in Puerto Rico, Honduras and El Salvador, to deliver a universally relatable narrative that can be enjoyed by audiences all over the world. Guacamaya Films is thrilled to be able to do our world premiere at the TCL Chinese Theatre at DWF. We are glad we waited.”