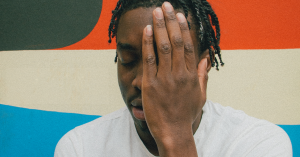 Yanz breaking stereotypes with his upcoming album Out of Order, which will be released later this summer.

Finnish-born King Yanz surprises you in his first official album by bringing UK rap and Cuban sounds together, including jazz and Dutch hip hop influences.

LONDON, UNITED KINGDOM, May 28, 2022 /EINPresswire.com/ — The UK rapper Yanz is back with conscious hip hop gem Lethal Legacy and the romantic Fast Lane, where Yanz shows his more laid back vibes. These are the first two singles released from his new and upcoming debut album. His latest release, In Pieces, features Cuban singer Reynier Gómez and takes you to a faraway tropical beach and has the sound of a true summer hit.

Yannik Kiswamu, aka Yanz or @King Yanz, has a long career as a young independent artist. He started making music seven years ago, following in the footsteps of his brother, Marteysowavey and released his first-ever mixtape King Frozo in 2018. By now, Yanz had caught the attention of the UK rap scene and led him to perform as a supporting act to Krept n Konan, Mostack and Fredo. Soon after that, Yanz released his first LP in May 2020, Homemade, Vol. 2, best known for the melodic-rap vocal style and personal music videos.

He has stayed quiet the last couple of years while working in silence on his album. The debut album, cleverly named Out Of Order, contains 11 tracks showcasing his wide variety of music styles and growth as an artist. Yanz’s dynamic range and unique way of combining old school rap, UK drill and grime with conscious hip-hop is thought-provoking. The lyrics leave a lasting impression through his creative storytelling. Shying away from the stereotypical drill culture and rap lyrics, Yanz has managed to keep the sound authentic while staying true to his style.