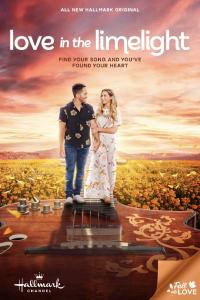 Love in the Limelight, premiering in the Hallmark Channel on August 6th 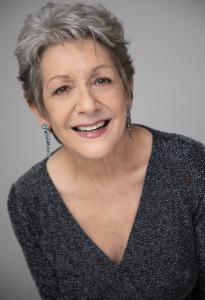 People Choice Award-Winner Ivonne Coll has been described as “A formidable actress as she continues to deliver breakthrough performances on television, film and theater” by Michael Phillips of the Chicago Tribune and has received a myriad of accolades on her performances during her illustrious career spanning more than three decades.

Coll’s first film was The Godfather Part II. Director Francis Ford Coppola was looking for a night club act for the film while looking for locations in Puerto Rico. After meeting Ivonne Coll, he decided to create the role of the “Red-Headed Yolanda” so she could have her first film credit.

“It was such a different and welcomed experience to play a modern grandmother part of an upscale family. My character is on TikTok and holds a glass of wine in her hand instead of serving food in the kitchen. Definitively a more realistic grandmother not the usual stereotype,” said Coll.

As a teenager, Summer (Alexa PenaVega) was a devoted fan of the popular boy band the Mendez Boyz, especially Nick (Carlos PenaVega), their lead singer. After receiving a sweet fan letter from Summer, Nick decides to respond with a phone call, sparking the start of a friendship that’s lasted to this day. When Nick’s manager books a gig for him at a small venue in Summer’s hometown of Salt Lake City where she now works in human resources at a local university, the two finally meet face-to-face. It’s clear their friendship has set the stage for romance. Summer breaks things and Summer’s Grandmother (Ivonne Coll) – a hip grandma with a TikTok following – encourages her to follow her heart.

Love in the Limelight is from Crown Media Productions, LLC. James Wilberger is executive producer and David Wulf is producer. Ron Oliver directed from a script by Willie Aames, Winnie Hung and Rich Tabach, inspired by real events.

Official Trailer: Love in the Limelight