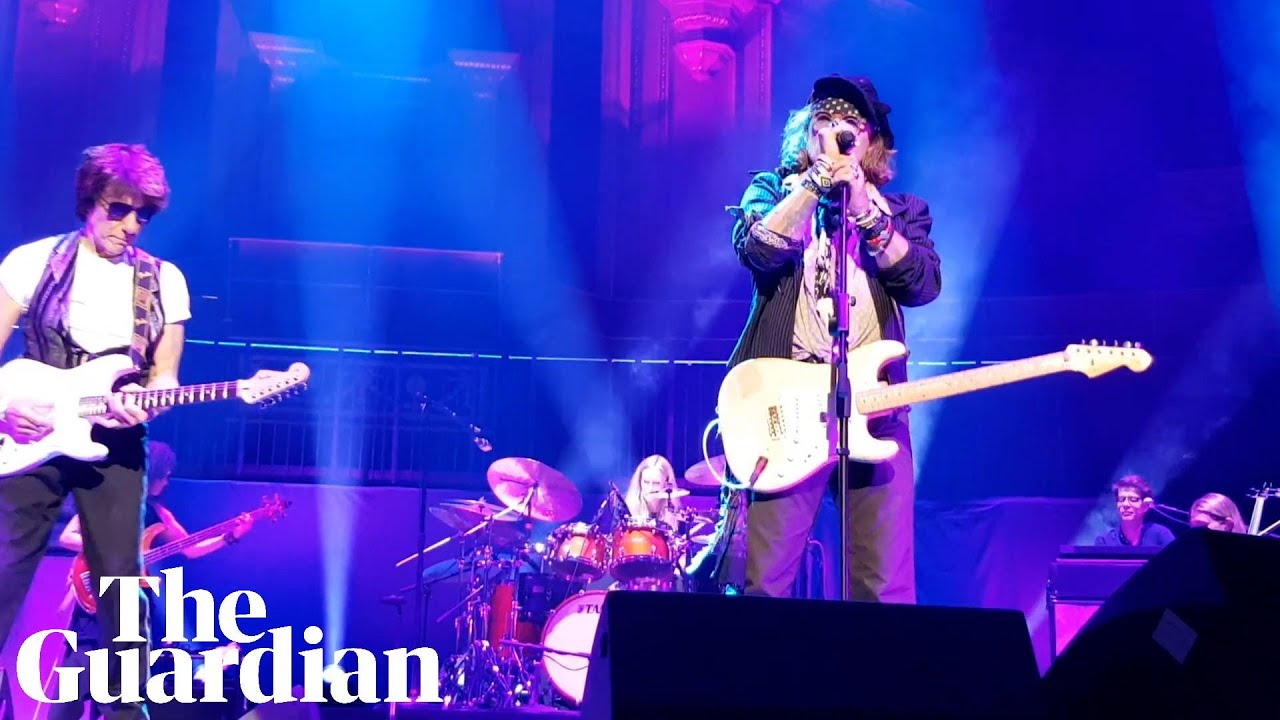 Johnny Depp joined Jeff Beck onstage at the Royal Albert Hall in London just days after the closing arguments in his defamation trial with ex-wife Amber Heard in Fairfax, Virginia. The London show came after a surprise appearance by Depp at Beck’s Sheffield stop in his UK tour.

The Guardian publishes independent journalism, made possible by supporters. Contribute to The Guardian today ►