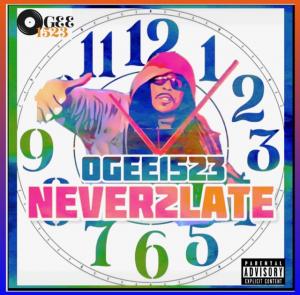 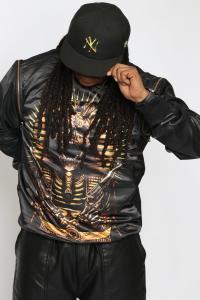 It doesn’t matter how old you get or where your life has taken place – there is always time to make something happen.”

BRONX, NEW YORK, UNITED STATES, March 11, 2022 /EINPresswire.com/ — OGEE1523 is set to release his album, “Never 2 Late,” on March 14 to honor his late mother, Shirley Allen. This album has been a long time coming for OGEE1523 as he poured a lot of time, passion, commitment, and energy into it to have it released on her birthday and during Women’s History Month (a month we celebrate women and their influence). The collection of songs on the album speaks of a son’s remembrance of his mother’s constant guidance and the hope that she continues to watch over him from above.

This album is an honest account of how one man lives his life, and he shares with us the hope to inspire others to not give up on their dreams even when times get tough or it feels like things are impossible to accomplish. In his own words: “This record was made because I wanted people who listen…to be able to see themselves as part of something bigger than just themselves. But to live life to the fullest, and it is never too late to live the life you want and do so to the fullest.”

OGEE1523 is an artist who believes you have one life to live, and it is never too late to achieve what you want no matter the age. This album is a testament to that and more. The songs on the new album are an encouraging message for people who feel like they’ve been stuck in a rut. As the artist puts it, “It doesn’t matter how old you get or where your life has taken place – there is always time to make something happen.”

Spotify preorder is now available, and the album will be released nationwide on all music platforms on March 14.