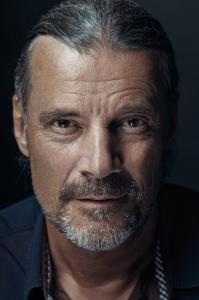 Oskar Freysinger, a Swiss Author, Composer and Songwriter, Announces the Debut of His First Novel in English

Oskar Freysinger writes from the snowy deserts, silent woods, and deep cliffs of the Swiss Alps. 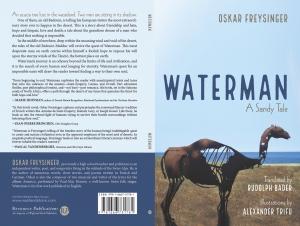 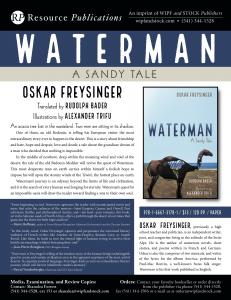 Waterman, by Oskar Freysinger (Resource Publications, an Imprint of Wipf and Stock.

Newly released, the novel Waterman by Oskar Freysinger chronicles an adventure in the Tenere desert where two unlikely friends embark on a quest for water.

I’ve learned to live in the silence of extreme nature [the snowy “deserts” of the Swiss Alps], and I’ve found my soul again through the contact with the emptiness of snowfields, and deep cliffs.”

EUGENE, OREGON, USA, March 11, 2022 /EINPresswire.com/ — Set in the Tuareg region of the Sahara, Waterman, A Sandy Tale, by Oskar Freysinger (Resource Publications, an Imprint of Wipf and Stock, Eugene, Oregon), is a desert odyssey that chronicles an unlikely friendship and a fascinating quest for the impossible oasis.
A must-read for devotees of poetic spiritualism, adventure, and mysticism, the 121-page novel appeals to a broad reader base, including fans of Mark Twain, Jack London, Albert Camus, John Steinbeck, Antoine de Saint-Exupéry and Joseph Kessel.

Says Freysinger, “I passed all my life surrounded by dense social networks. That way, I got lost to myself. Now that I’ve learned to live in the silence and the loneliness of extreme nature [the snowy “deserts” of the Swiss Alps], I’ve found my soul again through the contact with the emptiness of wide snowfields, silent woods, and deep cliffs.”

Waterman shows readers how to regain their lost contact with the One, the origin and the end of life, the spirit that links us to a hidden dimension, who speaks to us out of every tree, stone, cloud, river, or animal,” continues Freysinger. “Meddur has the gift to read the secret messages of the world, whereas Waterman has a technical knowledge which is only useful on the surface of life and lacks the depth of spirituality. Nevertheless, both worlds are more entwined than one may think. When they listen to each other, they can learn from each other and find a harmony on a higher level. Complementarity requires difference, difference requires identity and identity requires uniqueness through the individual, irreplaceable human soul.”

About Oskar Freysinger: Previously a high school teacher and politician, Freysinger is a writer, poet, and songwriter who lives in a remote canton of the Swiss Alps. He is the author of numerous novels, short stories, and poems written in French and German. Freysinger has also composed two musicals and written the lyrics for the album America, performed by Paul-Mac Bonvin, a noted Swiss folk singer. The newly released book is the author’s first novel written in English.

For more information about the publisher, visit www.wipfandstock.com.

“From the beginning to end, Waterman captivates the reader with unanticipated twists and turns that echo the cadences of the masters–Saint-Exupéry, Camus, and Orwell. Part adventure thriller, part philosophical treatise, and–not least–part romance, this book, set in the Saharan sands of North Africa, offers a path through the desert of our times that quenches the thirst for both hope and love.”

– MARIE HOFFMAN, author of Toward Mutual Recognition: Relational Psychoanalysis and the Christian Narrative,

“In this lovely novel, Oskar Freysinger captures and perpetuates the renowned literary tradition of French writers like Antoine de Saint-Exupéry, Romain Gary, or Joseph Kessel. Like them, he leads us into the eternal fight of humans trying to survive their hostile surroundings without betraying their soul.”

“Waterman is Freysinger’s telling of the timeless story of the human being’s indefatigable quest to create and sustain civilization even in the apparent emptiness of the most arid of deserts. In exquisite poetical language, Freysinger leads us into an extraordinary literary journey which will forever inhabit the reader’s memory.”