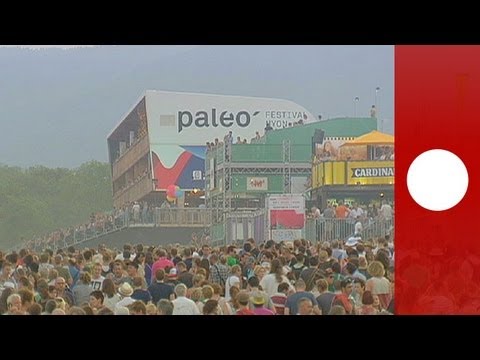 euronews, the most watched news channel in Europe
Subscribe for your daily dose of international news, curated and explained:http://eurone.ws/10ZCK4a
Euronews is available in 13 other languages: http://eurone.ws/17moBCU

http://www.euronews.com/2013/07/25/paleo-showcases-fresh-world-music
This year the Paléo Music festival in the Swiss city of Nyon featured one of the best Swiss bands – Mama Rosin, who brought their ragged Cajun sound fused with old French migrant music of Louisiana and garage rock’n’roll.

Also on the bill, Grammy Award winning French band Phoenix who have had remarkable international success over the last 13 years with their alternative rock. They are currently on a world tour.

Other acts included – Sophie Hunger, a folk-pop-blues singer based in Zurich. With five albums under her belt the Swiss singer will be busy touring western Europe until the end of the year.

There was new wave dance music by the group Shangaan Electro from South Africa African who presented an explosive fusion of traditional and electronic music at the the World Village section.

The Programme Director of the Paléo Festival, Jaques Monnier, explained the thinking behind their choices: “The festival really turns to music of the world, the actual music of today – rather than urban artists who blend their folklore with rock, with hip hop and electronic music. We want to show young musicians from all over the world.”

There were afro-beats from Zimbabwe with the band Mokoomba – six musicians who bring with them ancestral musical knowledge.

After 20 years Neil Young came back to the Paléo festival with his Crazy Horses.