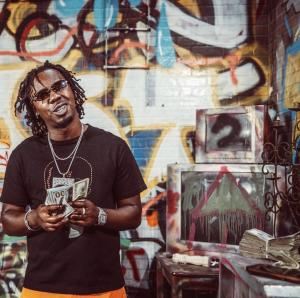 His album Still Signed to the Scale is coming out in December.

ATLANTA, GEORGIA, USA, November 14, 2022 /EINPresswire.com/ — With the holidays come family gatherings and parties, which means it’s time to get down and vibe with the latest numbers. That’s why rapper, songwriter, and producer Lolife Blacc is all set to drop his new album Still Signed To The Scale in December, and with it comes his single “Same Me,” which, by all means, is going to be something special when released on November 18th at https://sparta.ffm.to/sameme

He has got an incredible catalog of hits under his belt, but what makes this one so unique is how he worked with long-time friend and fellow artist Peewee Longway on the project. The album is produced by Tana, an executive producer on Babyface Ray’s “If You Know” and “Like Daisy Lane.” The rapper has been working with Tana since she was 16, and they have worked together since then. Now they are bringing their talents together for this great new project.

Lolife has been working with Paper Route Empire for a while now with their artists Big Moochie Grape and Jay Fizzle 2.

The single “Same Me” from the upcoming album features lyrics about how he has always stayed true to himself and never really changed, even when the music industry tries to change him. That is why he feels he is still signed to the Scale no matter where the artist goes or what happens in life because that is who he is and always will be. He indeed seems to want to connect with his listeners and put out music that touches them and helps them through some tough times in their lives.

“I’m pretty excited to see what people think!” says Lolife. “This is my first official solo project, and I am grateful to be able to work with such talented friends and fellow artists.”

For those who do not know Lolife, he started his career at a very early age singing in clubs and performing at local events. He eventually made his way up the ladder, working alongside other big names like Peewee Longway and Paper Route Empire.

With this fantastic new album coming out, this year will be another great one for him. So, whether one is looking for some new music to put on this holiday season or wants to hear a good rap about staying true to oneself, rap lovers surely don’t want to miss out on the newest tracks from the most talked-about rapper in the game today!

Lolife Blacc is a celebrity rapper, songwriter, and producer whose career spans over 15 years. He has worked with numerous artists and producers, such as Peewee Longway, Tana, Paper Route Empire, and more. His newest project, Still Signed To The Scale, will drop in December 2022.