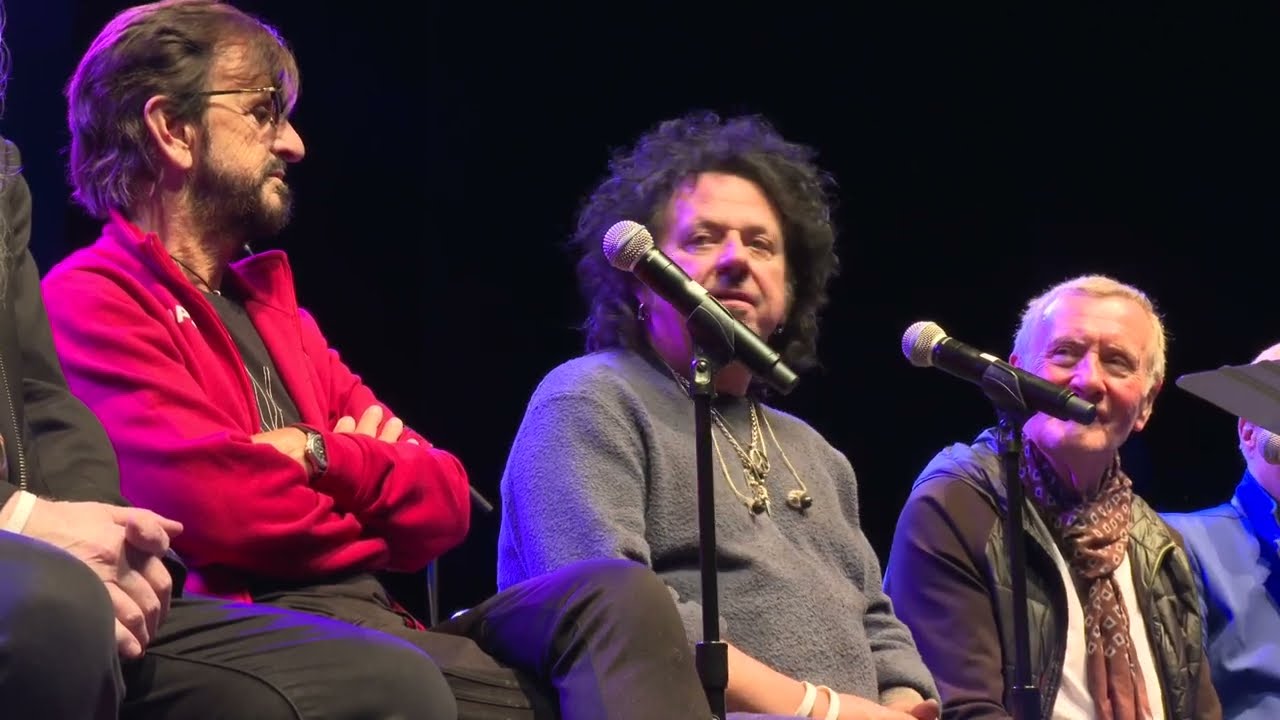 Ringo Starr and his All Starr band held a press conference May 26, 2022. See Ringo and the band members: Hamish Stuart of the Average White Band, Edgar Winter, guitarist Steve Lukather of Toto, Gregg Bisonette, drummer who worked with David Lee Roth among others, Colin Hay, lead vocalist for Men at Work, Warren Ham of Kansas, Toto and the Ham Brothers band. The tour begins in Boston on June 2, 2022. See this link for all tour dates. https://www.ringostarr.com/tour
UPDATE June 11, 2022:
Today Ringo Starr and His All Starr Band – Steve Lukather, Colin Hay, Warren Ham, Gregg Bissonette, Hamish Stuart and Edgar Winter – announced that two members have tested positive for Covid. These shows were initially planned for 2020, and Ringo and the All Starr Band were eager to finally get back out on the road. Almost halfway through the 22 show run, on Tuesday June 7 Ringo let audiences know on the second of three sold out shows at New York’s Beacon theater that Edgar Winter had Covid, but the All Starrs continued on. However today Steve Lukather has also tested positive for Covid, forcing the group to reschedule the remaining 12 dates, and adding them to the September tour.
“We are so sorry to let the fans down. It’s been wonderful to be back out on the road and we have been having such a great time playing for you all. But as we all know, Covid is still here and despite being careful these things happen. I want to thank the fans for their patience, I send you all peace and love, and we can’t wait to be back in the Fall,” said Ringo.
In the meantime, friends and fans from around the world will join Ringo on July 7, for his annual Peace and Love birthday celebration, where he invites everyone everywhere to say, post or even just think Peace and Love at Noon their local time. Starting in Australia, New Zealand and Asia and ending in Hawaii, people help Ringo wrap the Earth in a wave of peace and love. Fans are already organizing local events around the world, and details and live streams from the events will soon be available on Ringo’s Facebook page.
For the revised itinerary, and information on shows to be announced and rescheduled soon, check Ringo’s website for updates.