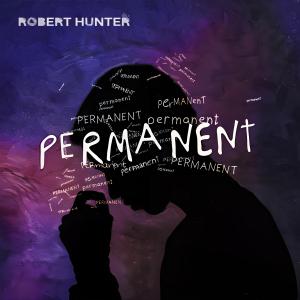 Robert Hunter releases “Permanent,” a compelling song and video about hope and understanding

Robert Hunter uses music and lyrics as a catalyst to spread a message about mental health.

LOS ANGELES, CALIFORNIA, UNITED STATES, August 5, 2022 /EINPresswire.com/ — American singer-songwriter and best-selling author Robert Hunter releases new single and video, “Permanent.” Inspired by his COVID journey, the song is encouraged by an old friend’s daughter’s story, and the time Robert risked it all and left his country and promising musical career to live with his Dutch wife Danique in the Netherlands. During the coronavirus pandemic, his musical inspiration faded as the years passed. Robert states, “I love my wife, first and foremost, but it also felt, in some ways, like the death of a dream. In some ways, a part of me was dying with it.”

However, things changed when Robert received a news story about his friend’s daughter Lauryn Hawkins. Lauryn Hawkins, a high school student, decided to join forces with other students to form the Danville Area Highschool SPM (Students Preserving Mental Health) in Robert’s hometown of Danville, Pennsylvania. The students had decided to try and make a difference by taking away mental health issue stigmas and offering support to those who desperately needed it the most. Robert was dealing with depression himself, and Lauryn’s efforts ignited a spark of inspiration. Robert immediately picked up his guitar and wrote, “Permanent.”

After sending a rough song recording to the group along with a message about how their work is destined to change the world for the better and how it has been a driving force in his, “Permanent” is a song of hope and understanding. Robert states, “I basically just wrote the words I, myself, needed to hear. The dark is not permanent alone is not permanent. If you’re lost, don’t be ashamed it will be ok. It’s not permanent.”

The song is accompanied by a music video produced and inspired by the Danville High School SPM, in conjunction with Hawkins Chevrolet. Robert gave the Danville High School SPM and Hawkins Chevrolet creative freedom and will view the video for the first time with fans today. “I can’t wait to see it! “No matter what they came up with, I’m going to love it. None of this is really about a song. It’s about a message,” he says.

Robert Hunter has released three EPs and two singles in the past, all recorded in Nashville, TN. His signature melodic alt-country rock sound has been described as “magnetic after a single listen.” His most recent tour, “Relapse and Revival,” is an innovative concept combining his book and record tour promoting his novel “Relapse” and a new EP “Revival.” The “Relapse and Revival” tour spanned the entire United States, reaching all 50 states with more than 350 appearances and 150,000 combined miles traveled, making it the first and only book/record tour in history to do so in less than one year.

In addition to music, he is also passionate about writing and is a bestselling author with two published books. His latest single and video, “Permanent,” is dear to his heart, and he hopes his fans can find inspiration and hope by listening to the song. Robert states, “I’m so thankful for all of the amazing people supporting this song, but let’s not forget the ones who need the support. Life gets crazy, but it’s not permanent. We need to remind each other of that. I’m not asking people to share this song for streams. I’m asking them to share it because I hope it might help someone.”