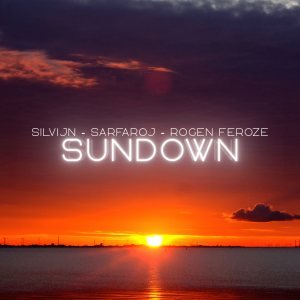 The cover of “Sundown” by Silvijn

Silvijn Kwak invites people to listen to his latest song “Sundown”, now available on Spotify. It has
already been streamed more than 60.000 times.

VELP, GELDERLAND, THE NETHERLANDS, October 27, 2022 /EINPresswire.com/ — Silvijn Kwak, also known as Silvijn, is happy to announce the launch of his latest song, “Sundown.”
The song has 60.000 streams already, and he hopes to reach out to more and more people. The song
is co-produced by Rogen Feroze and the vocals are performed by Sarfaroj. So far, the song has gathered a lot of
interest and people are loving his song.

A talented artist, Silvijn Kwak, has already made a name for himself amongst music lovers in the UK. He loves

to spend time making music and hopes to create even better music in the future. His music reflects his soul,

his passion, and his in-depth love for music. He hopes to learn a lot more about music from his idols

in the next few years as he matures his style of music.

For 16-year old Silvijn, music is a lot more than a passion. He is a rising music producer from the

Netherlands that produces Tropical House, Pop and EDM. Silvijn is quite different from other

musicians and loves to put his heart and soul into his compositions. He produces his music using the

DAW “Fruity Loops Studio”. All his songs are composed right in his bedroom.

Silvijn mentions that he has always been inspired by big producers like Martin Garrix, Alan

Walker, Kygo and his nephew Gregor Kwak. He grew up listening to a variety of songs, music, and compositions by the top

Silvijn is quite excited about his latest song and says, “I hope my audience loves my song. There has been

a lot of hard work and effort put into the song and I hope people will love and appreciate it, which will encourage me

to work even harder. If you have any feedback about my music, I would love to hear it. Thanks for