Straight off the N.Y. State Of Mind Tour With Wu-Tang Clan, Young Dirty Bastard Dominated The Music Scene in 2022 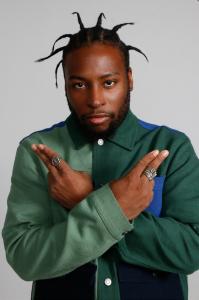 The Live Nation-produced event put other tours to shame and positioned itself as one, if not the most significant musical event of the year.

Drawing the attention of Drewski on Hot97, his first single, “BarSun,” released in September, has topped the streaming charts with 195k streams, landed on 220 different playlists, and was a major player in securing 32k listeners on Spotify, while the music video reached 64K views on YouTube.

If that weren’t enough, he successfully has set the stage for the debut of his album “Brooklyn’s My Blood Type,” which is set to drop in 2023.

The tour and single successfully followed his energy-packed “Its Given” and “Big Energy” remix with Latto and Mariah Carey at the 2022 BET Awards. During the performance, Young Dirty Bastard and Carey performed original verses from the 1995 collaboration between Mariah and Ol’ Dirty Bastard titled “Fantasy” that left the entire room standing on their feet.

Not one to restrict his talents to a single lane, Young Dirty Bastard will continue to remain a constant presence in 2023 and will take the film and television industry by storm with several upcoming projects slated for releases, such as a two-hour A&E documentary about his father, Ol’ Dirty Bastard a Grammy-nominated musician and founding member of New York-based hip-hop group Wu-Tang Clan.

Bringing nostalgia and infectious energy to everything he touches, he never forgets his native New York Streets. Young Dirty Bastard has many community-related projects in the pipeline for 2023, such as a street renaming on the SE corner of Franklin and Putnam by the Ol’ Dirty Bastard Mural to Ason Unique “ODB” Jones Way and several Brooklyn Bedside acknowledgments.

Bar-Sun Unique Jones was born on April 9, 1989, and is known by his stage name Young Dirty Bastard. He is an American rapper, hip-hop artist, and son of the legendary Ol’ Dirty Bastard. He recently wrapped up a 25-city tour titled “NY State of Mind” with Wu Tang-Clan, Nas, and Busta Rhymes, has upcoming NFT projects, and several Brooklyn community acknowledgments and announcements while continuing his father’s legacy.