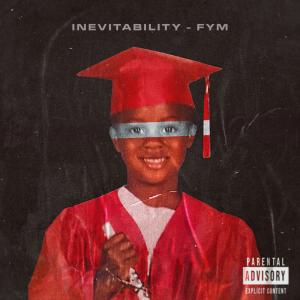 USA, March 10, 2022 /EINPresswire.com/ — The wait is finally over multitalented, independent hip hop artist Troyman continues to bring the heat and the hits with his latest single “Inevitability-FYM” produced by Tay Keith released on March 4th, 2022, along with an accompanying video on YouTube and if early reviews and fan excitement is any indication, this project may find Troyman’s name being mentioned in the conversations of Hip Hop greats of the past, present, and future.

Born Troy Curry in San Francisco, California. Troyman was raised across the bay in Oakland where he was introduced to the hip hop sounds of Tupac and other Bay Area heavy hitters. Relocating to the metro Atlanta area, his love of hip hop and witty rhyming skills landed him the opportunity of a lifetime to work with one of today’s most talented and sought-after hip-hop producers in the game, “Tay Keith”. In an industry where promises are often broken Tay Keith remained true to his word witnessed by the world during the final episode of Netflix’s Rhythm + Flow in which he promised to produce a “tape” on Troyman.

While collaborating on the highly anticipated “Tay Keith” project Troyman released the critically acclaimed “Godspeed” album which garnered two music placements with OTE (Overtime Elite) and most notably a placement on HBO Max’s series “Euphoria” Season 2 Soundtrack. Troyman also released a second project during this time period specifically for the ladies entitled “Chocolates and Diamonds” which are both currently available for streaming on all platforms.