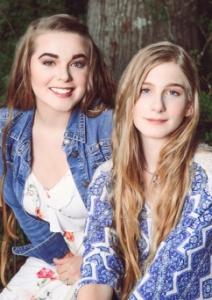 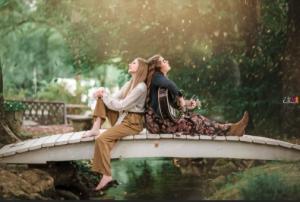 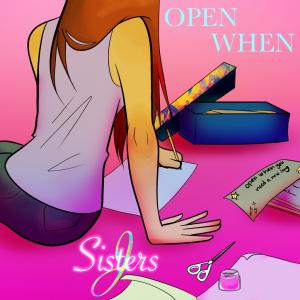 NASHVILLE, TENNESSEE, UNITED STATES, July 12, 2022 /EINPresswire.com/ — A sensational, new, young-girl pop group, Sisters J launches their debut radio single, “Open When” to the world this week. The single was produced by legendary producer, Ted “Theo” Perlman and written by hit songwriter, Thornton Cline; Mary Elizabeth Jackson and Elisabeth Jackson. “Open When” is being released on the Nashville record label, Clinetel Records and is being promoted by Stephen Wrench of Musikandfilm.com.

Official Fame Magazine writes: “Open When is the vibrant new single from Sisters J you didn’t know you needed this summer”

Hollywood Digest proclaims: “Sisters J are really making their mark with this track. I haven’t heard any music quite like “Open When” before but it has a timeless feeling to it that makes it all the more captivating. I can see nothing but a bright and innovative future for Sisters J, their unique sound transforms and stays with you. It can soothe a struggling soul from the moment you hear Sisters J harmonize.”

Elisabeth and Lily Jackson are Sisters J—two amazingly talented harmonies that blend together in perfection. Effortlessly intertwining their vocals bringing an undeniable magical sound each time they perform. They have performed on local television, radio and national iHeart radio, churches, venues, and in countless show productions. In 2016 the girls were finalists in Hendersonville, Tennessee’s Got Talent and performed live in front of 15,000 people. In 2019 they released the song, “You Shine Through” on iTunes and all streaming services. Their newest song “Open When” was produced by legendary music producer Ted “Theo” Perlman and hit songwriter Thornton Cline. Elisabeth just received her degree in music education with honors. Lily just graduated salutatorian and placed third in the nation with her vocal solos. Both girls are multiple instrumentalists with their sites set for the top of the charts.

Thornton Cline has been nominated multiple times for Grammy and Dove Awards. Cline has been honored with “Songwriter of the Year” twice-in-a-row in Nashville and received a platinum certification for sales of over one million album units in Europe. Cline won the first place Maxy Literary Award in 2017 for “Best Children’s Young Adult Book”, and has had his songs recorded by Engelbert Humperdinck, Gloria Gaynor, Rebecca Holden, Gary Puckett, Tim Murphy, Ray Peterson, Billy and Sarah Gaines, Amber Thompson, Tammy Trent, Matt Newton, among others. Thornton Cline has had his original songs appear in TV and major films.

Cline has had nine number one worldwide radio singles, one number three, and several top ten hits on the Billboard, the Euro and World Top 100 charts. In April of this year, Thornton Cline was inducted into the Tennessee Songwriter’s Association International Songwriters Hall of Fame.