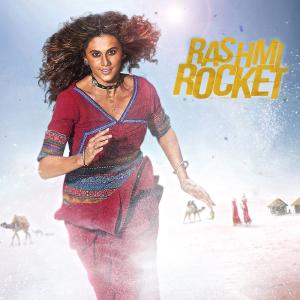 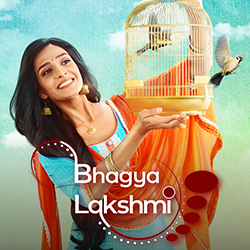 Lakshmi a kind-hearted girl, hailing from a middle-class family, strongly believes in helping others, but her life takes an unexpected turn when her fate is tied to Rishi Oberoi, an industrialist’s son.

MIPTV 2022 will set the trend for upcoming marketplaces with industry players looking forward to network ‘in person’ and we are excited to meet up our partners and potential buyers at the event.”

MUMBAI, INDIA, April 4, 2022 /EINPresswire.com/ — Zee Content Sales, a licensing and syndication arm of Zee Entertainment Enterprises Limited (ZEEL), today announced the content showcase for MIPTV 2022 at Cannes. Zee Content Sales currently houses one of the largest libraries of creative and broadcasting entertainment content in the world.
Ashok Namboodiri, Chief Business Officer – International Business at ZEEL, stated, “MIPTV 2022 will set the trend for all upcoming marketplaces in the year with industry players looking forward to once again network ‘in person’ and we are excited to meet up our partners and potential buyers at the event. At Zee content Sales, we are upbeat with the growing consumption appetite for drama content and are bringing 40 new shows launched in the past two years. Zee Content Sales slate comprises of a power pack of Family & Romance and Costume Dramas coupled with Action Films”.

“Viewers have welcomed the mix of long and short form dramas and are looking for variety in genres, Costume and Family being at the top of their wish list. When it comes to the world of watching movies, Action Films and Thrillers are forever in demand”, he further added.

The slate comprises of family drama titles that have garnered dream runs with highest television ratings, such as, Bhagya Lakshmi and Kundali Bhagya, which recorded a winning debut with largest weekday television audience rating in the first week and continues to be one of the top-rated shows in India. Other Drama titles include Kashibai Bajirao Ballal, a period and costume drama that has managed to draw top television viewing ratings in multiple markets and will continue to satiate the appetite for traveling content and win the fandom amongst both Indian and international audience.

Lakshmi a kind-hearted girl, hailing from a middle-class family, strongly believes in helping others, but her life takes an unexpected turn when her fate is tied to Rishi Oberoi, an industrialist’s son.

Tere Bina Jiya Jaye Na is the story of Krisha, a young girl with barely any worldly belongings but rich in her faith. The show unfolds her journey of coming to this palace believing that it is where she will have a life filled with love and happiness but instead finds herself getting pulled into a swamp of lies and deceit. There is a mystery seeped within these walls that Krisha finds perturbing.

Kundali Bhagya is an intriguing story about two young girls Preeta and Shrishti. They discover the existence of their mother – Sarla and their sister Pragya, after the death of their father. Amidst this journey of mixed emotions, the girl’s cross paths with two rich brothers, Rishabh and Karan. The story will then introduce romance, drama and dispute in the lives of Preeta, Shrishti, Rishabh and Karan.

Mithai is a girl full of life, while Siddhatha is serious, intelligent and self centered. This culturally rich story revolves around traditional Bengali sweets and love.

Protected and pampered as a child, Kashibai rises to the challenge and proves to be an able administrator when her husband Peshwa Bajirao sets out to expand the Maratha empire.

Baal Shiv is an Indian Mythological television show that depicts the untold mythical childhood stories of Lord Shiva. It explores Katha of Mahasati Anusuya and Baal Shiv’s eternal bond through exploring various chapters of his childhood and self-discovery.

With the looming threat of a terrorist attack on Mumbai, ATS chief Sooryavanshi embarks on a mission to hunt for 600 kgs of missing RDX and the conspiring perpetrators.

Sanak is an action-thriller film, taking through the emotions and journey of a lone hero, who fights overwhelming odds in a restricted environment, to save his wife and other unfortunate, helpless hostages from the perils of the evil

A thriller drama that captures the course of an action-packed battle of elite military forces and a story of a small child, who forms an emotional bond with the reluctant guardian sent to protect her

The film is a dramatized account of the retaliation by Indian Army to the 2016 URI attack. Major Vihaan Singh Shergill is a valiant army man who aces in strategic operations. Vihaan’s brother-in-law Karan, who is also an army-man, gets killed in the Uri attack. This incident triggers Vihaan to join the surgical strike operation and go all guns blazing to avenge the loss of his slayed fellow officers in the Uri attack.

Rashmi, a small-town girl, overcomes societal barriers and goes on to become a national-level athlete. However, her career hits rock bottom when she is forced to undergo a gender test.

For Further Information, write to: