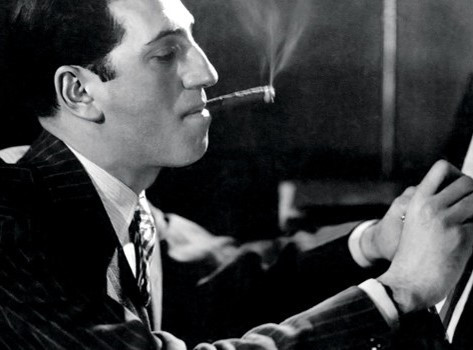 Raleigh Music Group, a boutique global music publisher best known for administering and actively promoting iconic song catalogs, is thrilled to announce the long-term renewal of their existing agreement with A Gershwin, LLC, which owns a substantial share of George Gershwin's copyrights.

The A Gershwin, LLC catalog features Ferde Grofé's arrangement of the incomparable Rhapsody in Blue, one of America's most recognizable and culturally important compositions. According to critic Orrin Howard of the Los Angeles Philharmonic, Gershwin's Rhapsody "made an indelible mark on the history of American music" and writer F. Scott Fitzgerald opined that "Rhapsody in Blue idealized the youthful zeitgeist of the Jazz Age."

The catalog also includes songs created during the last years of Gershwin's life, such as those featured in the folk opera Porgy and Bess and the musicals Shall We Dance, Crazy For You, An American in Paris, and Nice Work If You Can Get It. These include such iconic American songs standards as "They Can't Take That Away from Me," "Love Is Here to Stay," "Let's Call the Whole Thing Off," "A Foggy Day," and "Summertime," one of the most covered songs of all time.

Gershwin's timeless works encompass both popular and classical genres and are performed more widely today than they were during his lifetime. His songs have been recorded by such legendary artists as Frank Sinatra, Ella Fitzgerald, Janis Joplin, Lady Gaga, Barbra Streisand, Tony Bennett, Amy Winehouse, and Sting.

"We are thrilled to announce the continuation of our long-term partnership with Peter, Steven, and the entire Raleigh Music organization.  Raleigh represents some of the world's most important heritage song catalogs, and we know that the incomparable works of George Gershwin are in the best of hands. Over the past seven years, Raleigh Music has continued to demonstrate why they are the ideal home for our catalog - their unmatched copyright expertise, high-touch personal service, and creative marketing ingenuity make them the obvious choice," said Adam Gershwin, grandnephew of the acclaimed songwriter.

"We're delighted to extend our successful association with this legendary catalog. Film and TV music supervisors respond to Gershwin's authenticity and immediacy.  Our high-profile placements in the films The Joker, Once Upon a Time in Hollywood, and the romantic comedy Bros demonstrate the continued relevance of his music," said Peter Raleigh, Co-President.

Steven Storch, Raleigh Co-President, added, "What an honor and privilege it is for us to represent these important American songs. We are appreciative of the Gershwins' continued trust in us, and we are committed to providing the highest levels of marketing, promotion, and synchronization licensing support that sets Raleigh Music Publishing apart from its competitors.